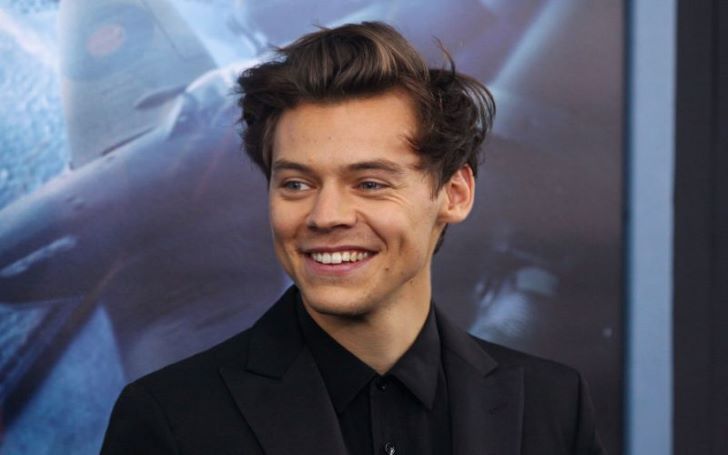 Harry Styles strips off his shirt for the cover of Rolling Stone.

Harry Styles has graced the cover of the Rolling stone for the second time. He previously appeared in the 2017 issue looking worlds away from his new edgier image.

Harry rocked his trademark floppy locks and his clean-cut boyband look in the snap last time. However, this September, the 'Kiwi' singer flaunts his gallery of tattoos as he poses shirtless with his arms above his head.

Harry, whose ex-girlfriend Talyor Swift recently got awarded with Teen Choice Awards, can be seen beaming as he smiles into the camera wearing a gold chain and a cross pendant.

Moreover, the 25 years old will also talk about 'sex, psychedelics, and stardom'.

Hopefully, Styles may shed some light on turning down the role of Prince Eric in Disney's live-action remake of The Little Mermaid.

The Little Mermaid is the remake of the popular late 80's Disney classic tales. Likewise, the R&B singer Halle Bailey is appearing as the mermaid, Ariel. But the role of Eric is yet to be disclosed.

Meanwhile, Styles is expected to release his second album “later this summer/early fall.” This speculation comes after he was photographed filming music video in Mexico and Scotland.

Talking about his personal life, Harry often hangs out with Netflix's 'Stranger Things' alum, Millie Bobby Brown who is main protagonist in the series.

Recently, they were spotted breaking out some dance move at Ariana Grande's London concert on Saturday, August 17.