home Lifestyle Who is Helen McCrory's Husband? Learn About Her Married Life Here

Who is Helen McCrory's Husband? Learn About Her Married Life Here 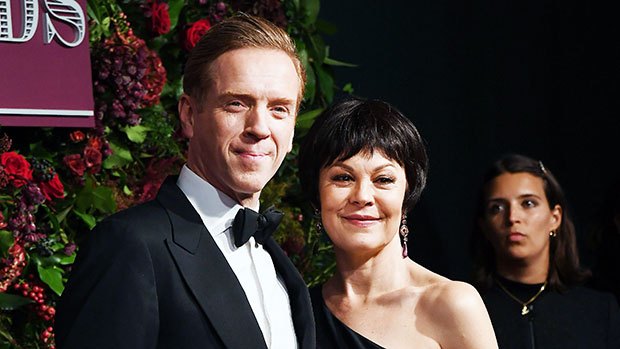 Helen McCrory's Husband And Her Her Married Life: Find The Complete Story Here!

Helen McCrory is an acclaimed actress, known for her roles in three "Harry Potter" films, "Peaky Blinders," but more importantly remembered for her long career on stage, the English actress is hailed the most talented and fearless artist of her generation.

With a number of accolades, Helen's career soon took off with the actress receiving offers for tv shows, plays, and movies. She was appointed an officer of the Order of British Empire (OBE) in 2017 for her services to dramas. Keep on reading as we bring to you excerpts from the actress's personal and married life.

Stories of Helen and her husband Damian Lewis's andearing relationship soon started to surface as she was pronounced dead by her husband on 16 April 2021 after a long battle with cancer.

Helen McCrory and her husband Damian Lewis had been married for 14 years and shared two children together.
Photo Source: Hello Magazine

Helen and Damian got married on 4 July 2007 after two years of dating. They shared a daughter named Manon and a son named Gulliver together. Regarded a veritable couple in Hollywood, they met while performing at London's Almeida Theatre.

Don't Miss: What is Joe Fournier's Net Worth in 2021? Learn all the Details Here

More than a decade into their marriage, the couple would still talk of each other with the same love and adoration. Helen once said that she was always so engrossed in her career, and Damian was always there to give her the much-needed love and laughter.

Who Is Helen McCrory's Husband?

Helen's life partner Damian Watcyn Lewis is an English actor, producer, and presenter. Known for his role in the showtime series "Homeland," for which he won a Golden Globe Award and Primetime Emmy Award, Damian won a total of 3 Emmy and 4 golden Globe for his other roles.

Helen McCrory passed away on 16 April after a long battle with cancer.
Photo Source: Pinterest

Damian had a privileged upbringing, a reason he states equipped him to start his acting endeavor so early in life. Damian at Eton College at the age of 16 and started his own theatre company at the elite school.

You May Like: Just In: Raven Gates Marris of Bachelor Nation Adam Gottschalk

A blossoming theatrical career soon paved him a path to TV series and American cinema. Also appointed an OBE like his late wife, Damian dated a number of A-lister actresses like Katie Razzall, Sophia Myles before meeting the love of his life Helen McCrory.

In a piece of recent news, Damian announced the sad demise of Helen at the age of 53. Lewis, in his heartfelt tribute to late wife, wrote, "She's shown no fear, no bitterness, no self-pity, only armed us with the courage to go on and insisted that no one be sad, because she is happy."

Tributes soon poured in from her colleagues and friends like Cillian Murphy, Sam Neil, JK Rowling, and more. Damian's emotional tribute left people even sadder when it mentioned Helen asked Lewis and her children to carry on with their life the same way.

Check Out: Chelsea Move Towards Signing Jude Bellingham For A £100 Million Deal

As Hollywood mourned the actress's unfortunate death, fans on twitter wrote that the world had lost a real gem and that she will be always be remembered as a fearless and courageous woman just like her character Polly Gray in Peaky Blinders.