His Dark Materials Actress Kate Rutter - Her Career in a Nutshell 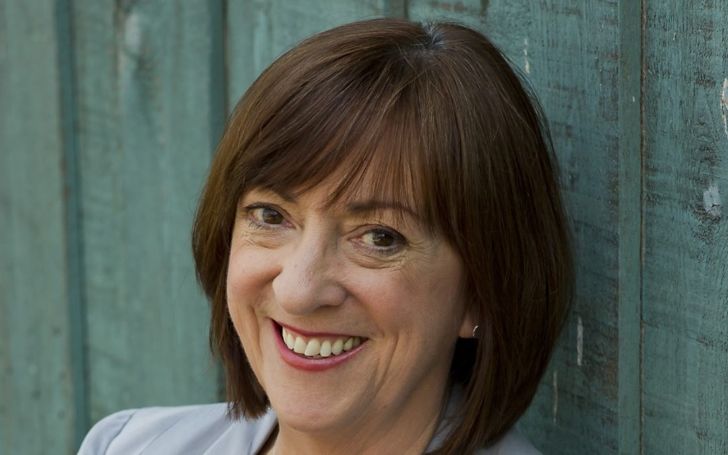 Learn the never before career details of the versatile star Kate Rutter.

Kate Rutter, born and educated in Leeds is a multi-talented personality known for her versatility in the field of film, theater, television, and radio.

Besides acting, Kate is also into the literature as she has written and directed award-winning poem. The actress loves her profession as she shared she loves working in some of the finest TV and movie shows which includes 'Clocking Off,' 'Queer as Folk' and the award-winning documentary drama 'The Arbor.'

The actress, despite her splendid role, has not been quite famous in the field of media. So, in order to show you the hidden talent, we have come up with the details of the star's shows and movies.

Kate just finished shooting of one of the anticipated HBO's 'His Dark Materials' - epic trilogy fantasy novel by Philip Pullman which consists of books like Northern Lights (1995), The Subtle Knife (1997) and The Amber Spyglass (2000).

Kate is narrating the role of 'Sister Betty' in the series. Coming to a brief explanation of her character, she was a nurse at Bolvangar where Dæmon took the form of a bird.

You might be wondering what Dæmon is, well, they are the physical manifestation of the human soul in Lyra's world. They are invisible to those who had not learned the techniques to see them.

Betty is the nurse in charge of Lyra Belacqua when the test-fire alarm first went off. Without unveiling you the furthermore story, the series will run the premiere on November 3, 2019.

Related: What Role Is James Cosmo Playing in His Dark Materials?

Other prominent roles include Geoff Bell's who is narrating the the role of father sailing to find his lost kid.

A snippet scene of Kate appearing in the Coronation Street.
SOURCE: The Irish Sun

The multi-talented artist has featured in Britain's longest-running soap Coronation Street since December 9, 1960. Rutter has appeared as 'Solicitor Jo Marsh' in March 1996, similarly Human Celebrant 'Suzie Forrester' in January 2014 and 'DS Beckett' appearing from March to July of 2019.

Kate features in one of the 2010 best documentary movie 'The Arbor'. In the series, Kate portrays the leading role of mother. The movie ended up winning three titles which hold prominent awards such as London Film Festival and Official Vary Film Festival.

Kate also featured in the Clocking Off role for two episodes between 2000- 2002 as Frances Bell. Her recent work on 'Oranges and Sunshine' with the iconic star Jim Loach and with Tom Shkolnik on a 100% improvised feature movie 'The Comedian.'

Besides acting and poetry, the multi-faced star is also a stand-up comedian who has worked with some of the prominent faces such as 'Celebrating Linda Smith' and various stand-up shows.

You may like: His Dark Materials Star Daniel Frogson is a Rising Teenage British Actor from Nottingham >>>

Hope you enjoyed the article, stay tuned and connected to find updates on the recent Movies & Tv Shows only on Glamour Fame.