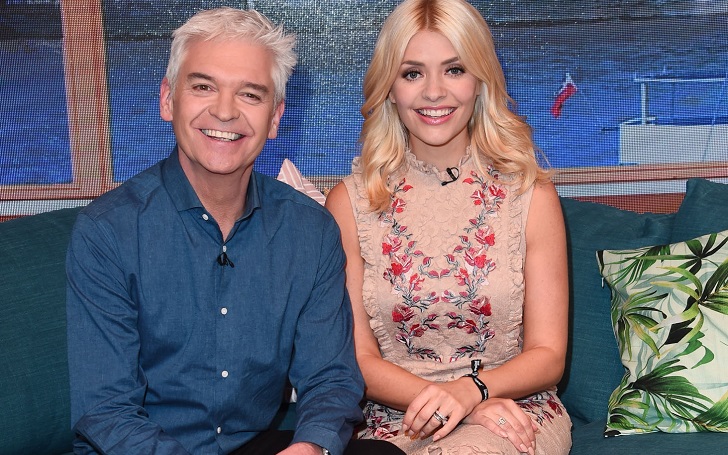 'This Morning's Holly Willoughby skipped Monday's edition of the show to take her children to school after months of quarantine.

The school has been out for three months in the UK due to the ongoing COVID-19 pandemic. And when it was back again, Holly Willoughby of 'The Morning' wanted to be there for her kids through and through, enough to miss the Monday, June 22, episode of the show, Phillip Schofield was there to explain.

When Monday's episode of the show aired, it was surprising to see Willboughby not coming on to the set. Davina McCall stepped up to replace her, as co-host Phillip Schofield explained the situation right away. "Holly is taking her children to school today," Phillip starts. "They're all going back, and it's a sort of staggered affair. And so it's quite complicated."

"I would imagine probably... houses up and down the country [have] quite high emotion, but yeah, she's taking the kids to school," he continues. "And she should." The two make then clear that they have never presented the show together.

Also See: 'Teen Mom's Catelynn Lowell Asks Her Fans to Stop Showing Up at Her Home

The ITV veteran also shared a photo of herself, her shoes actually, with the feet of her three kids; Harry, 11; Belle, nine; and Chester, five in the frame, writing, "The new norm... back to school... 🍎"

It seems like Holly wanted to be there for the emotional time.
Photo Source: Holly Willoughby, Instagram

'The Masked Singer' judge, McCall, also stepped in to praise the mother-of-three on the show, "After three months off... what a good mummy."

Willoughby has been an integral part, or even the face, of the show since replacing Fern Britton in September 2009, and is not new to taking breaks from work to spend time some quality time with her family during half-term periods and summer holidays. Of course, family comes first.