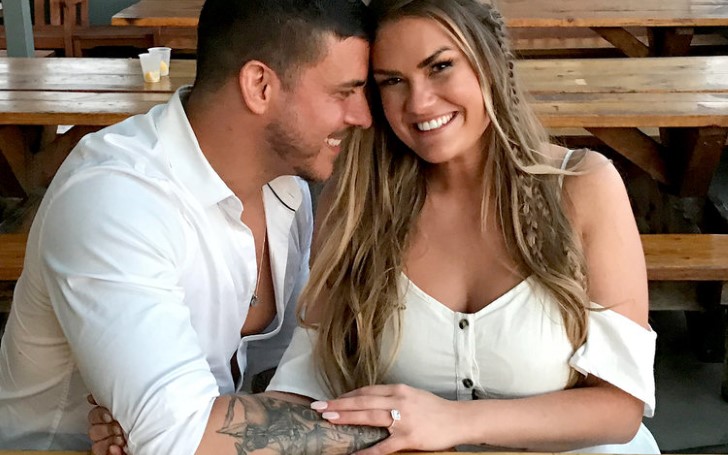 Jax finally popped the question to his longtime girlfriend Brittany.

Their unstable relationship finally found stronghold when Jax Taylor decided not to take Brittany Cartwright for granted and eventually asked her to be his wife in June.

The June proposal played out on Monday's season premiere when Jax decided to propose after changing his ways following the death of his dad in December 2017 after a long battle with cancer. 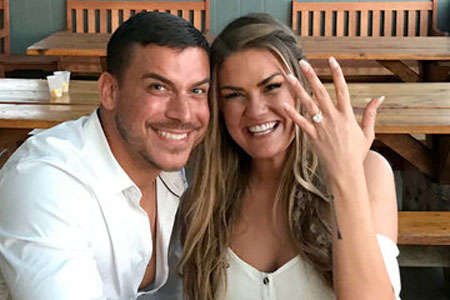 Jax unable to hide the excitement, let all his best friends know about the soon to be popped question in the first place. Despite being very bad at keeping secrets everyone managed to keep their mouth shut and patiently waited for him to put forth the question.

The Vanderpump Rules star took Brittany to the Malibu beach to their favorite seafood shack. He hurriedly shoved the ring box into the crotch of his pants because it didn't fit in any of his pockets.

After a nice meal and uncomfortable stay all thanks to the box in the crotch, he got down on one knee and asked: "Miss Brittany Cartwright, I love you so much. Will you please make me the happiest man in the world and be my wife?"

Brittany cried and responded 'yes'. The moment couldn't be sweeter for both of them.

After the thrill of the moment, Brittany shared a post in Instagram expressing her joy and leaving her fans excited for season 7 premiere.

Omg omg!!!!!!!! We are ENGAGED! What a way to start our summer and season 7!! I am so happy, so in love, and so beyond excited for this next chapter of our lives! I can’t wait for all of you to see how he proposed! I am the happiest girl ever right now. 💝👑 love can win 💝💝 #PumpRules thank you @kylechandesign this ring is gorgeous!!!

Vanderpump Rules will return next week on Bravo.