Husband of Nicki Minaj, Kenneth Petty, Arrested After Failing to Register as a Sex Offender 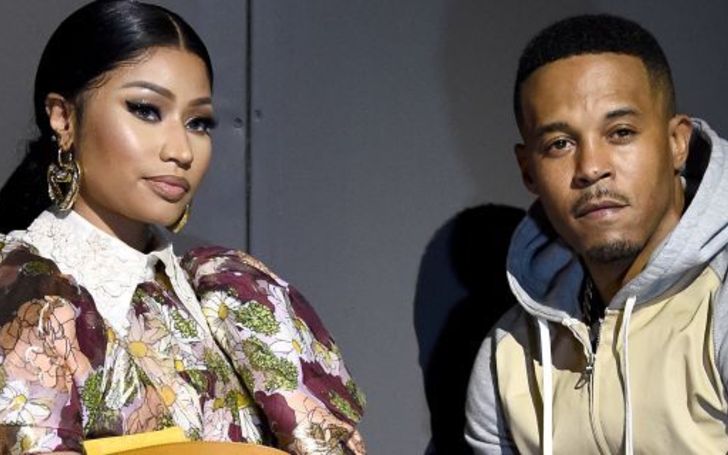 Nicki Minaj's husband, Kenneth Petty, recently turned himself in to police custody after failing to register as a sex offender in California.

The 41-year-old moved from New York to Los Angeles after tying a knot with childhood sweetheart and rapper Nicki Minaj in October. According to court documents, Petty knowingly failed to meet the requirement of the Sex Offender Registration and Notification Act (SORNA).

Petty went back to prison in 2006 after a first-degree manslaughter conviction.
Source: TMZ

Previously in 1995, Petty was convicted for the attempt of the first-degree rape of a 16-year-old girl. Hence, he is assessed as a Level 2 sex offender and faced a sentence to 18-54 months in state prison. New York State Department of Corrections records, confirmed that he served under four years while being released in January 1999.

Interesting: Nicki Minaj Net Worth is Reported $85 Million, Detail About Her Career and Income Source

Nicki's husband faced the problem since November after being pulled over by Beverly Hills Police Department during a traffic stop. The police found out about Petty's missing register in New York state. He was arrested in November 2019 by Beverly Police and released with a $20,000 bond.

Nicki and Kenneth moved to Los Angeles from New York.
Source: Rap Up

On Wednesday, 04, 2020, Kenneth made his court appearance at 2 pm including his bond hearing and arraignment. As he pleaded not guilty, he's since been released free on a $100,000 bond.

Also See:  Andy Tongren - Boyfriend of Ellison Barber is a Musician, Find Out Some Interesting Facts About the Singer

According to TMZ, beau to Nicki, Petty is supposed to adhere to a curfew, surrender passport, and a strict restriction in using a drug like marijuana from legal dispensaries in Los Angeles.

Petty is not the only one to be in the news for an arrest. Nicki's older brother Jelani Maraj was also sentenced 25 years to life in prison for a case of predatory sexual assault.

This is all, for more of these news, make sure you subscribe to the newsletter of Glamour Fame.