Imogen Thomas Looks Stunning During Night Out In Chelsea 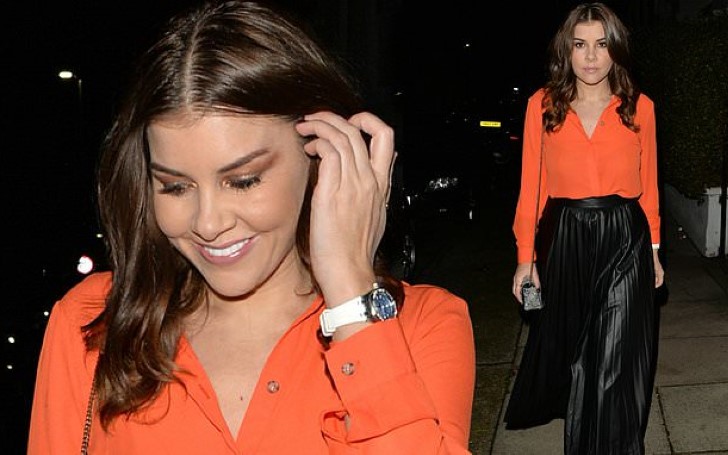 Imogen Thomas headed out for a glamorous night in a stunning black and orange ensemble.

On Sunday, the 36-year-old star headed out for a glamorous night at Chelsea's Bluebird Cafe in a black and orange ensemble. 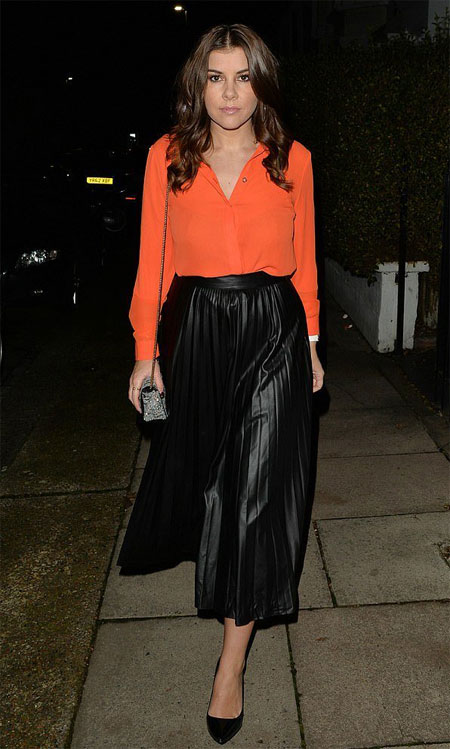 See more: Perfect Outfits for Different Occasions Around The World

Imogen wore a bright orange chiffon shirt paired with a midi leather black skirt, covering up to protect herself from London's December chill. The Swansea-born stunner teetered out the swanky venue in black stilettos with her hair tumbling down to her chest in loose curls. 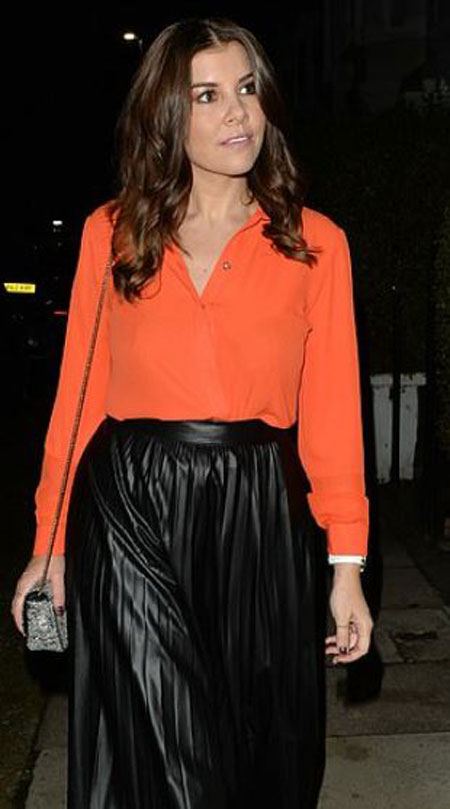 Opting for a natural look, former Big Brother star paired her chic look with a peach lipgloss and accentuated her pretty brown eyes with shimmering gold make-up and thick mascara.

Now, as Imogen is single, she is trying to rediscover herself. Further, she is preparing to spend her first Christmas without ex-partner in Mayfair.

Thomas officially split from her long-term boyfriend Adam Horsley in April. Confirming their break up in a statement earlier this year, a spokesperson for Imogen said:

"Imogen is completely heartbroken and devastated about the break up, however she has amazing friends and family who are very supportive and will help to get her through this difficult time."

You may also like: Best Nail Arts Ever Made in The Modeling Industry

She shares two daughters, Ariana who is five years old, and Siera three years old with him. Meanwhile, the mother of two did not look fazed to appear stunning during a night out.