home Entertainment Instagram Star Danielle Cohn Is A 6th Grade Dropout - Despite Her Fame At Such A Young Age, Is This Really A Wise Choice On Her Part?

Instagram Star Danielle Cohn Is A 6th Grade Dropout - Despite Her Fame At Such A Young Age, Is This Really A Wise Choice On Her Part? 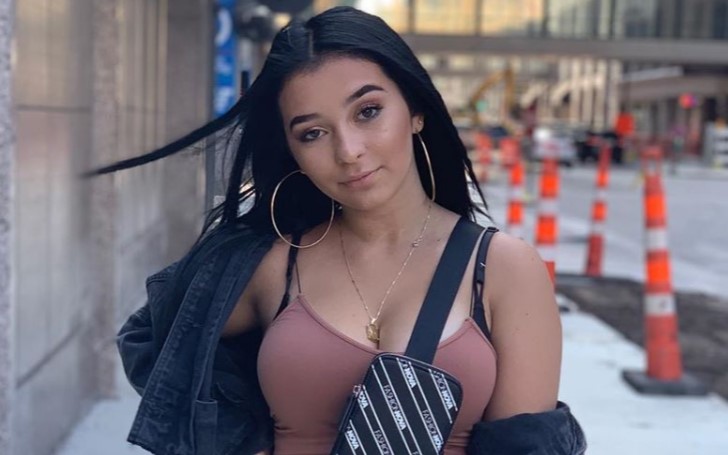 Danielle Cohn dropped out of sixth grade, and that's a shame on her parents.

Danielle Cohn, an internet celebrity, who was born on March 7, 2005, in Florida, is currently living in California to pursue her career.

What career you might you ask, but before you get there, there's very important stuff you should know about this little brat.

Well, we really did not want to sound very harsh, but this need to be said, this so self-claimed "internet celebrity" is completely living in La La Land.

Someone, please tell Cohn, who fakes her marriage, she is not a celebrity and should stop acting as one, the internet celebrity dropped out of school to pursue her career, and that career is based on an app.

Following the massive hit of the tween apps like Musical.ly, TikTok, and many more bullshits, there's an increase in the trend the tween are dropping out of school to pursue a career which really doesn't exist.

Similar is the case with this little wretch, we know Cohn is 14, and she is still a kid, that's exactly what our point is. We know, people are free to choose what they like and want, but letting a child decide her life without a proper education is a total bullcrap.

We know we should not be totally bashing 14-year kid, but this is important. Danielle Cohn is enjoying fame, which is good, but in the longer run, it will suck into her life, leaving her devastated, and her parents need to look into it.

How could anyone let their child, who is still underage and who can't decide what is right let drop out of school for an imaginative career?. Yes, fame does that to people, it makes people think they have total control of their life, but in reality, it makes their lives shallow.

And for this kid, we are anxious, we really don't care about her choices and career as of now, but what we are really saying is, Danielle should at least continue her education.

We touched this topic earlier when Cohn took to Instagram and wrote a post about her homecoming from the Boys of Summer Tour, where the star had the wildest times of her life, and also announced about her new Musical.ly shoot.

But, there you go again, people started to bash her when she wrote a sentence which literally did not make any sense. While we are still against of people trolling a kid or any person in fact; but the star should know, why it's coming?

We can understand Danielle parents are trying to be supportive of their child, but the same support will suffocate her later in life. There's still a chance; there's always a chance; it's just that people should grab it before its too late.

We don't want another teenager who ends up as drug abuser, or a teen mom, or whatsoever that's really bad. We wish all the best to this Internet star we are totally not against it, but what we are saying is, she should finish her school first.