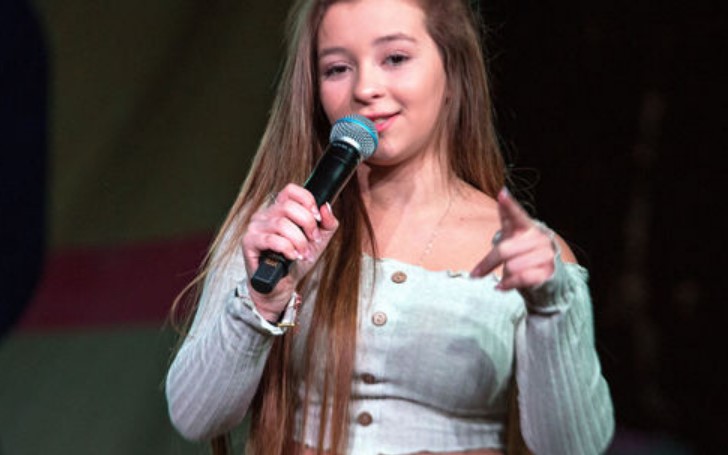 Yet another day, yet another Danielle Cohn's post to outrage people, this 14-something-kid is making all the buzz right now.

Danielle Cohn, who warned all the girls recently, took to her Twitter account and updated a post which read, "Back home for a couple of days then off to shoot booked something big💕."

While tweet itself contains no such thing as impropriety, but still people find something to tick them off her posts.

While Danielle announced her big day, and just expressed how happy she is to be back home after her Boys of Summer Tour and told us about her next shoot.

Danielle further added she booked something "BIG," well we really don't know what is that "BIG" thing just yet, but it's something else which outraged people.

Apparently, people are now picking up on Danielle's grammar skill, as one person wrote, "back home for a couple of days, then off to a shoot; I booked something big” that’s how the tweet should have been."

The same person continued, "I’m not someone who’s big on correcting people’s grammar but if had to read this shit 7 times in order to understand what it meant then you need to be called out."

While another person commented, "imagine dropping out of 6th grade just to start the career you still don’t have."

Well-well, one thing for sure, people hate Danielle Cohn, who faked her pregnancy, and probably she has her chance of going to reality TV shows, she could be next Janelle Evans.

But clearly, we are not belittling anyone here, all we are saying is, people need to calm a bit down and try to understand Danielle is still a kid. The internet personality is not yet ready to handle so much of hate.

Meanwhile, people seem not to care, and they are making an issue out of anything Danielle is up to. But again, we usually don't do here, but this time, we would like to call out Cohn's parents for letting her drop-out of school.

Who drops out of sixth grade? Seriously, and people have points too for this one, while we still don't care about Danielle's choices, it's really up to her how she wants to live.

All we are saying is, people need to chill, but again, who we are kidding? Danielle, who faked her marriage, doesn't give a crap about what people think and say about her choices.

All we hope for now is, Danielle should continue her education and take her so-called "Career" side-by-side, and we are really excited to know what "Big" is which Danielle mentioned in her post.