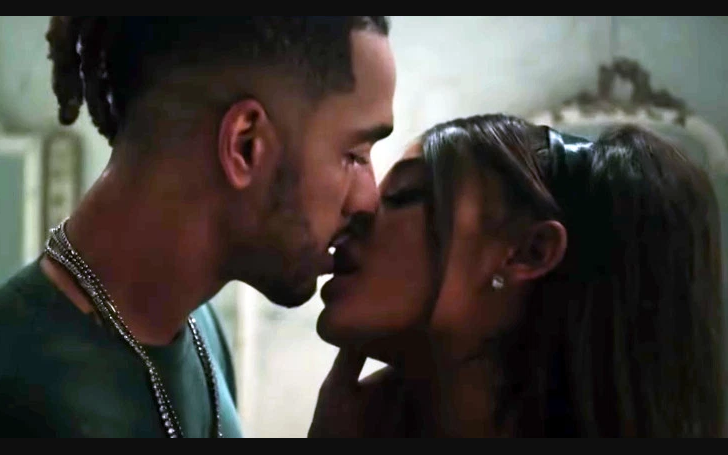 Seems like Ariana's vow to stay single for 2019 is not valid anymore.

Ariana Grande with Social House dropped a new single, "Boyfriend," at midnight on Thursday, and it seems the singer is dating one of the band members, Mikey Foster.

The speculations the musicians were more than friends began after Mikey posted a tribute to Ariana on her birthday.

Mikey took to Instagram and uploaded a cute baby photo of Grande, and captioned it, "Ur one of the most incredible people the universe has to offer. I hope this year offers you nothing but the joy you deserve. Love u. happy birthday 💙”

Also See: Ariana Grande Headlined At Lollapalooza This Past Weekend With The First Performance Of 'Boyfriend'

The 'Into You' singer was quick to notice the post and went straight to comment box as she wrote, "love u sooooooo much" followed by lots of love emojis.

Both the musicians haven't responded to the speculations, but one of the online magazine outlets reported two artists were photographed strolling arms in arms. The source also emphasized the long-time collaborator has indeed struck romance.

The first project for Ariana and Foster together was "Thank U, Next," Mikey opened up last year about working with the star on her massive saying the track's success left him speechless.

Social House member further expressed he immediately caught the vibe when the singer walked into the room to create the song with Grande.

Ariana was recently featured on the cover of Vogue magazine, talking to the reporter for her cover story, Ariana said the relationship with Pete was an "amazing distraction" after a difficult breakup with late rapper Mac Miller.

Well seems like Ariana's vow to stay single for 2019 is not valid anymore, and we think both artists are having a pretty good time together as Foster and Ariana along with Social House bandmate, Scootie Anderson, are currently touring.