Is Courtney Kemp dating anyone? Facts on Personal Life 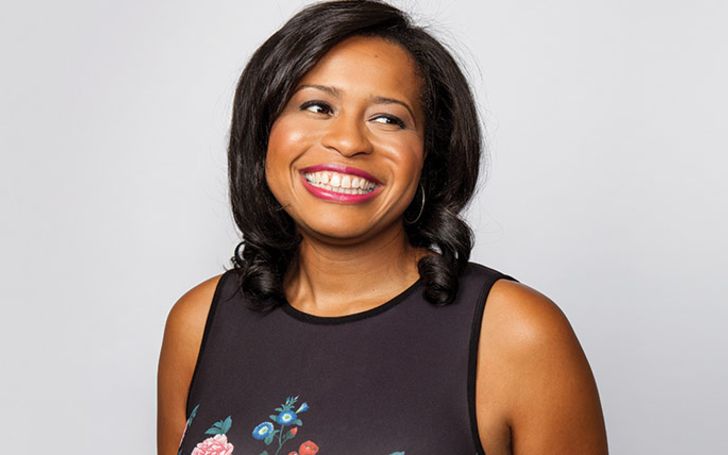 Learn the relationship status of American Television writer and producer Courtney A. Kemp!

Courtney A. Kemp (born May 4, 1977) is an American television writer and producer who got a major writing career breakthrough from the 2014 Starz series 'Power' and is also noted for writing shows like The Good Wife and Beauty & the Beast.

With a total of 15 writing credits, the versatile star is an active producer of more than 11 TV shows and movies such as Power, Power Confidential, Get Christie Love, Beauty and the Beast, and Hawaii Five-O. But here we're not focusing on the versatile star  successful television career instead focusing on the relationship status and some personal stuff of Courtney Kemp.

Seeing rapper 50 Cent and Courtney closeness might suspect many about their romantic fumes, but on reality, the two longtime friends share a relation as brother and sister. But recently they were making headlines related to their feud from their show 'Power'.

Coming straight to the point, the 42 years old television writer and producer is currently enjoying her 'single life.'

Check Out: Omari Hardwick's Wife Jennifer Pfautch - How Many Kids Do They Share?

Stalking Kemp's social media accounts only resembles snaps and clips related to her work and colleagues. To be precise, she is recently working her 'sweat off' for her self written and produced TV series 'Power' running from 2014 to date. Courtney hardly posts her personal stuff on her Instagram, which may be due to her traumatic split with former husband, Brian Mawuli Agboh.

Kemp is going strong 'smiling' no matter what flavors life offers her with.
SOURCE: Celeb Family

Those of you who are updated with the stars might well know the fact that Courtney was previously hitched with ex-husband Brian Mawuli Agboh who is a lawyer at NBC Universal.

You May Like: Know about Alaia Baldwin's Husband Andrew Aronow

Not much information is available regarding their wedding, divorce, and so forth. But the former partners tied the knot back in 2016 and shares two daughters, one named Charlie.

So besides another hectic marriage life, Courtney tends to live single life filled with freedom and is currently focusing on being the best at her career.

Besides, the mother of two had another painful moment eight years ago , when she lost her father, Herbert Kemp, Jr. from a sudden heart attack. She shares, "He was a strong man, a smart man, the best-dressed motherfucker who ever walked the planet, a disciplinarian, a perfectionist, and frankly, a marketing and advertising genius".

Don't Miss: All you need to know about Alaia Baldwin From Childhood to Marriage Life

We wishing nothing but the best for Kemp. Stay tuned for more Entertainment updates on Glamour Fame.