home Entertainment All you need to know about Alaia Baldwin

All you need to know about Alaia Baldwin 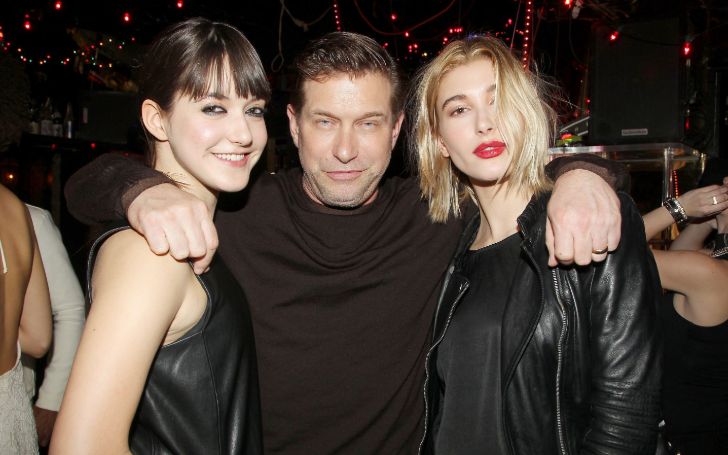 We all know Hailey Baldwin Bieber as the youngest daughter of Stephen Baldwin, but only a few of us know Alaia Baldwin, who is the eldest daughter in line.

So in order to know such hidden persona here, we've brought you with some of the intriguing facts of Hailey's sister Alaia Baldwin.

Alya Baldwin is a Professional Model

Born on January 23, 1993, the 27 years old Alya is a professional model currently working with some of the high class fashion brands such as the 'VNY Models' in the US and 'The Squad' in Great Britain.

Prior to that, Baldwin worked with multiple events and glamour clubs like 'D'Management' and 'State Management'. Baldwin has also modeled for leading fashion brand Calvin Klein.

Alaia Baldwin is the eldest child of father Stephen Kennya and mother Kennya Baldwin. Sister Hailey, 23, is famous since she is often spotted with his superstar dad and for being the wife of Pop King Justin Bieber.

Check Out: Hailey Bieber' Mother Kennya Baldwin Married life with Husband Stephen Baldwin Tested After his Affair; Are they still Together?

Nevertheless, Alaia is the beloved daughter of Uncle Alec, WilliamDaniel, Jane, and Elizabeth Baldwin, who often hang around in their family function. Her uncle helped her initiate a career in modeling.

Snippet of Alaia and sister Hailey during the annual  fete to raise awareness.
SOURCE: Getty Images

Alaia was also one of the first members who supported Justin and Hailey for their secret wedding. Both sisters prioritize and support each other before making any big decisions.

As in now, Hailey is living a happy and luxurious life with Justin, who recently launched a new album 'Changes' and a docu-series 'Season' dedicating a huge part for her.

Alaia is married to husband Andrew Aronow, who is the producer of Pocket Aces Productions. The lovebirds tied the knot in September 2017 at beautiful venue Blue Hill Restaurant at Stone Barns in Westchester Country in New York.

You May Like: Wedding Bells- Justin Bieber and Hailey Bieber Officially 'Tie The Knot'

The low-key lovey-dovey are in their own world filled immense love. Peaking inside their private Instagram profile only articulates love and every required element required to sustain a blissful relationship.

With an estimated net worth of $2 Million plus, Alaia Baldwin is living a blissful marital life with husband filled with fame, riches, and luxury.

Snap from Alaia wedding- The most magical day of my life. Thank you for doing life with me Andrew ❤️
SOURCE: Pinterest

'Baldwin Brother' is known as the cinema royals. All of the members are popular and well settled. As popular they are, the king-sized family is also big in numbers.

We hope you enjoyed the facts, stay tuned for more Entertainment updates on Glamour Fame.