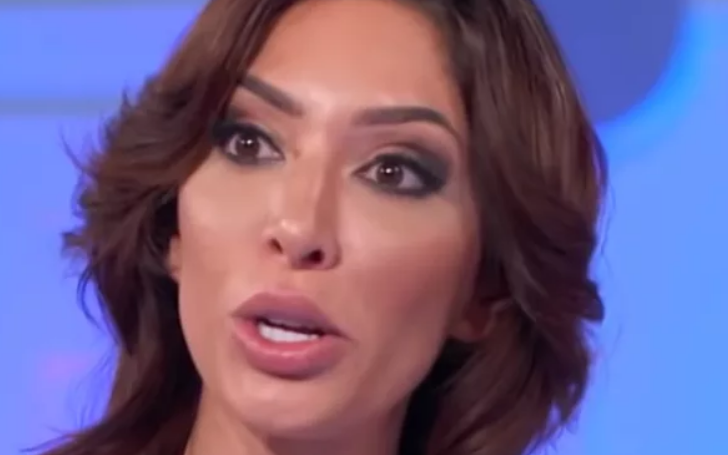 The social media detectives may have found out who is the sugar daddy of Farrah Abraham.

After Farrah Abraham's mother, Debra Danielsen, implied Farrah is a prostitute, a new wave of claims hit the internet which says Abraham's Sugar daddy is revealed.

The evidence claiming Farrah as a prostitute just keeps on piling up and recently social media detectives found one of TV personality's sugar daddies.

That sugar daddy is non-other than Steven Taylor, who is known as 'Love Rat' because of debauchery.

Read Also: Sam vs Dean - Who's The Better Brother In Supernatural?

Farrah has done so much with her Teen Mom fame and been always the center of rumors.

The speculations that Farrah is a prostitute is centered around her sex tape and since then, the TV personality's persona revolves around sex.

We found more evidence from one of Farrah's friends, Phoebe Price, who claimed the TV personality is a high-class hooker and she meets her client through elite websites.

Phoebe also said Farrah took a flight to Dubai to meet one of her clients and that's where the social ninja found out about Farrah's sugar daddy.

Although we're aware she went to Dubai, we thought judging people on frail evidence is not the right thing to do.

But now, people on the internet with their extreme deducing capacities figured out Steven was engaged in similar activities that Farrah was doing back in Dubai.

People compared the social posts of the two and found out Farrah and Steven were on the same boat.

After finding the similarities, the TV personality's social page is bombarded with questions and hate comments.

One user wrote, "Tell us about Steven and why is he a god damn fool trying to keep you a secret? We all know."

Another person commented, "You should Google him..... You're not special lol."

"If he's so great, why not show a pic of you two together, why won't he allow it?", another follower asked.

Looks like Steven is ashamed of associating himself with Farrah and has disabled comments on his IG account.

While everything suggests that Steven is Farrah's sugar daddy, we can't really be so sure about it. The duo could be on their vacation and met there, however, It is still too soon to jump into conclusion.

Recommended: Who Is Alex Morgan' Husband? Details Of Her Married Life And Past Boyfriends!

Like a lot of things going on lately, stick around with us and don't forget to signup for the newsletter for all the latest updates on Farrah's life.