Is Meghan Markle Finally Cracking Under Royal and Public Criticism? 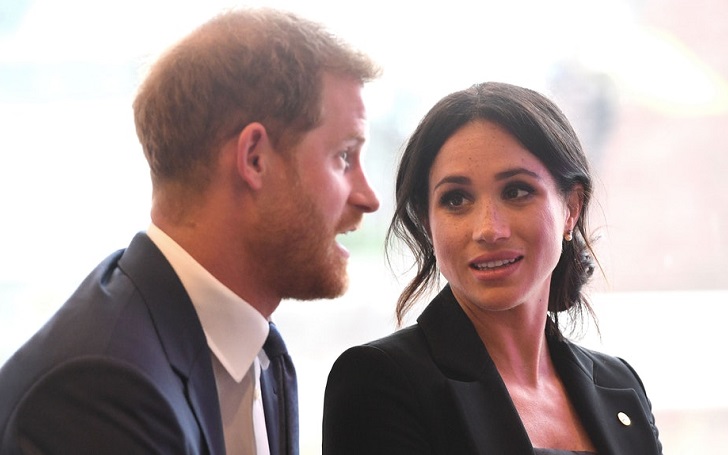 Hiring a Hollywood PR firm may be the tipping point for the royal Megan Markle to break down, but it's still too soon to tell.

Since getting married to the Duke of Sussex, Prince Harry, in 2018, Megan Markle was getting a lot of attention in the media. But it was in the opposite way of how she would've liked to be displayed. It's not new; before joining the Royal Family, she was not considered easy to work with and was called an attention-seeker as well.

The past year, she had to face several criticisms as a duchess, as her staff members left her side after working for her for a short while. As a mother too, she was criticized for throwing a lavish baby shower while demanding privacy for her son's christening. She and her husband were called hypocrites after they flew in their private jets four times in 11 days while claiming to be an eco-warrior.

Their claim to be eco-friendly and riding out four times in 11 days was conflicting to the public.
Source: Getty Images

What got even more out of control and enraged the Buckingham Palace too is that the 38-year-old mother went behind their back to hire a Hollywood based company, 'Sunshine Sachs', to help improve her reputations. It was a break in tradition for the Royal Family and shocked the Palace staffs since they have Sara Latham, a highly-experienced global PR chief. According to a royal insider, the action was unorthodox, and the senior palace courtiers were left "bemused" for a while now, as they keep ignoring advice from their own professional team. Hollywood is outsiders to them.

Sunshine Sachs will be advising the royal pair in their new charity foundation, the Sussex Royal: The Foundation of the Duke and Duchess of Sussex. They split from Prince William and Kate Middleton's shared foundation to start this one. There were speculations of various feuds among the royal siblings and the in-laws as well that may have led to it.

The firm will also oversee their eco-friendly tourism initiative, 'Travalyst', and help them handle the press when starting other important initiatives under it; the foundation announced earlier this September.

The Duchess Cacking Under Criticisms?

The firm that they hired is the same one that represented the actress when she was working in the drama 'Suits' and assisted her in her Vogue guest edit. People believe this indicates she is concerned the public is not going to support her for her decreasing reputation.

The public meanwhile thinks she became desperate for saving her reputation that they hired a company that represented Harvey Weinstein in 2015, when his scandals hit the media. Resorting to such measures could be evidence of her finally cracking under all the royal and public criticisms. But that is still too early to tell.

On the other hand, people believe it was not smart for her to hire a Hollywood-based organization as a royal family member. Someone wrote on Twitter, "Meghan has no clue of how the royal family works; neither have these Americans. She keeps putting on her team, they just make things worse." Another person even suggested she should share Princess Anne's PR as she is often successful in her endeavors.

With all the attempt towards "crisis management" and trying to hold her reputation to a respectable position, she may be starting to deeply worry about her followers and maybe breaking down under the stress of it all. Is the royal pressure getting to her? To judge anything of the sorts right now is not possible. She trusts the Sunshine Sachs executives enough to let them handle her public relations again, and that maybe just all there is to it. The couple also do try to be more humanitarian than people would like to ignore. Only time will tell what revelations the Duchess will rise back up with or if she will just finally lose it.