Iskra Lawrence Shows off Her Phenomenal Figure In a Skimpy Bikini 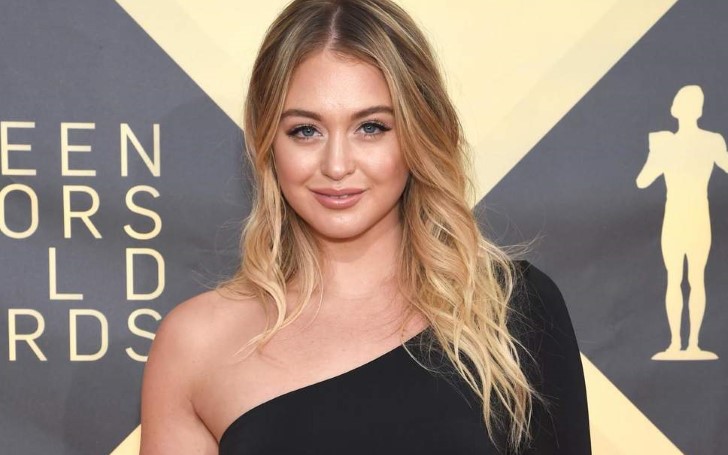 Our jaws dropped on the floor after seeing the pictures of model Iskra Lawrence showing off her phenomenal curvy figure in a skimpy bikini.

The confident model Iskra Lawrence doesn't want people to forget her curvy beautiful body. Since it's obvious that Iskra likes flaunting her body in bikinis, she once again ensured all attention is on her.

The British model also famous for her body positivity messages recently showed off her body in a skimpy black bikini to her 4.3 million Instagram followers. As a matter of fact, more than 268,000 of her fans liked the slow-motion flaming video clip so far. 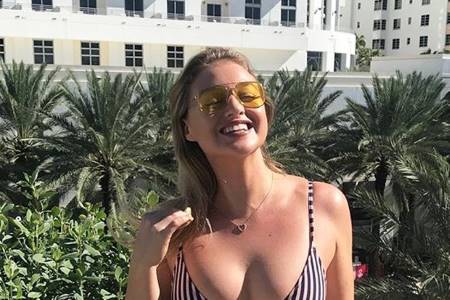 Iskra who is currently in Vegas to celebrate her New Year chooses to show off her curvy sunkissed body in a black bikini. She showcased her figure as the cameraman films her getting out of the swimming pool.

You may also like: Ariana Grande Cancels Las Vegas New Year Eve Concert Due to Her Health Issue 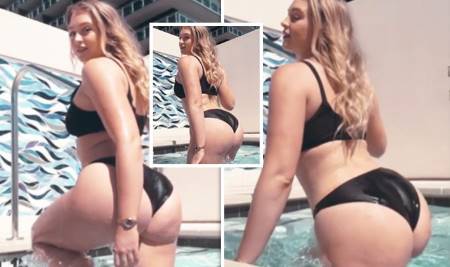 And like any model, this 28-year-old frequently shares her bikini pictures on social media too.

See also: Lady Victoria Hervey Flaunted Her Sensational Figure While Soaking Up The Sun In Barbados

Pictures of the model posed in bikinis can be visible all over her Instagram feed. And, the inspiring model preaches body positivity messages on social media as well.

Despite constantly receiving hates from people on her 'thick body' Miss Lawrence still loves all of it. She mentioned in one of her photo captions:

Besides, the National Eating Disorders Association (NEDA) Award winner model also disclosed she does not rely on filters to enhance her pictures. And further influencing her audiences to embrace their body, she added:

Iskra, who has been an advocate on spreading body positive messages appeared in a 2017 documentary that focused on body image. Other than that, she is also a role model for Aerie, a lingerie brand of American Eagle Outfitters.

Whether the model poses in bikinis or jeans, she undoubtedly manages to flatter her curves and appeal flawless.