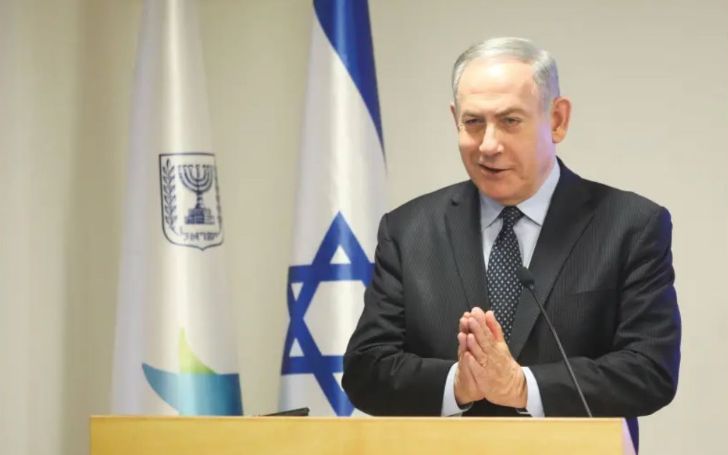 Not the only one to so far, but Israel's Prime Minister Benjamin Netanyahu joins in on the movement and encourages people to greet each other using Namaste!

In the face of the growing epidemic, individuals all around the world coming together to fight one of the biggest health scare known as Coronavirus or Covid-19. Personal difference matter less as compassion and humanity finds new meaning. Israel's Prime Minister Benjamin Netanyahu is no different as he urges the whole nation to adopt Namaste, the Indian hello, to greet each other.

Instead of a regular handshake, people all over the planet are adopting safer ways of greeting others around them to minimize the contamination and spread of the virus. Prime Minister Benjamin Netanyahu took an opportunity to pass on the message towards his countrymen after a review meeting held on containing the deadly virus.

Benjamin also announced that several measures would follow to prevent the spread of coronavirus, but some simple steps like avoiding the normal handshake while greeting people may possibly be replaced with other forms of greetings like the Indian Namaste. He even demonstrated how the Indian way of greeting worked during the gathering.

The Middle Eastern country endured better so far than others in the prevention of the pandemic as it was quick to take action against the virus. Netanyahu declared on the matter, stating, "We have had to take rigorous steps to slow the spread of the disease in Israel, we have taken select isolation and flight policies and measures for flights."

So far, the country of Israel has only 15 confirmed cases of the deadly virus with on deaths on record. Over 7000 of the country's population remain in home-quarantine, a drastic yet essential precaution. The health minister of Israel, Yaacov Litzman, announced a ban on public gathering consisting of more than 5,000 souls. Commenting over the subject, he declared, "We will not hesitate to do things even if they are unpopular. I don't want to call it an epidemic — but it's not far from it."

Apart from the Israel's Prime Minister Benjamin Netanyahu, many world leaders all over have ditched the regular old handshake and picked up Namaste. A Namaste can never cause a contagion, whereas the handshake or embracing can. The president of the United States of America, Donald Trump, also recently greeted the Irish Prime Minister Leo Varadkar with a Namaste during a meeting at the Oval Office on Thursday while saying they can't afford to shake hands amid coronavirus outbreak.

Other personalities, too, joined in on the movement as Prince Charles greeted people with an Indian-style Namaste, leaving netizens impressed. Similarly when French President Emmanuel Macron greeted Spain's king and queen on Wednesday, he replaced the traditional handshake with an Indian-style Namaste, pressing his palms together and bowing slightly. Besides Macron, the First lady of France Brigitte Macron, blew a kiss in Queen Letizia's direction as a way of greeting.

As the pandemic continues to rise throughout the world with no absolute cure, the fear of coming in contact with the virus forces everyone to replace the way they usually greet each other.

For more celebrity updatesupdates, head on over to Glamour Fame, and don't forget to sign up for the newsletter.