home Entertainment Who is Ja Morant Dating in 2020? Find Out About His Girlfriend

Who is Ja Morant Dating in 2020? Find Out About His Girlfriend 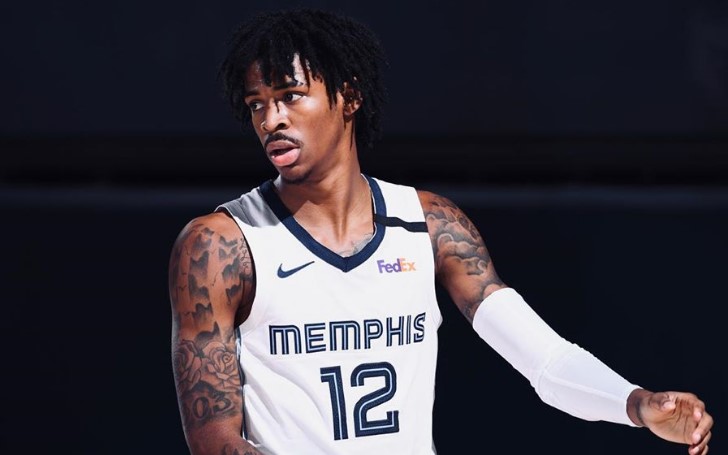 Everything you should know about Ja Morant's girlfriend and his relationship in 2020.

Ja Morant (born Temetrius Jamel "Ja" Morant) is an American professional basketball player for Memphis Grizzlies of the NBA. Ja used to play college basketball for the Murray State Racers and later selected by the Grizzlies with the second overall pick in the 2019 draft.

Despite Morant's excellent performance during his college basketball days, he was recruited by NCAA Division I program and was unranked by hiring services. However, he did not give up and worked on his games.

Morant became the first player in NCAA history to average 20 plus points and ten plus assists per game for single-season, which was enough to prove his credibility to those who doubted him.

Also See: Who is Shari Redstone's Son, Brandon Korff, Dating in 2020? Find Out About His Relationship

We assume we don't need to stress more on his career as we all know how great of a player he is, but what do you know about his love life? Does Ja Morant have a girlfriend in 2020? Let's find out.

Ja Morant Girlfriend in 2020, Who is He Dating?

If you follow Ja Morant and his games, then you probably know he is in a dating scene. Ja Morant is in a relationship with his girlfriend, KK Dixon.

Ja Morant is in a relationship with his girlfriend, KK Dixon.
Photo Source: Agency/GF

The couple is dating for quite a long time now, according to some sources, the pair is in a relationship for a little over two years.

Also Read: Who is Justin Hartley's Girlfriend, Sofia Pernas? Here are Some Facts You Should Know

The couple is not only in a relationship, but the two are already parents to a lovely daughter, Kaari Morant. Kaari was born on 7th August 2019. So, she is already a year older now.

Who is KK Dixon? Some Facts to Know About Ja Morant's Girlfriend

KK Dixon (whose real name is Kadre Dixon) is an Antoine, Arkansas resident. Dixon is the middle child of her parents, DeShannon Dixon and Christal Dixon. She is also blessed with two siblings, elder brother, Tyrik Dixon, and younger sister, Baylee Dixon.

Dixon is currently studying at Fisk University in Nashville and is expected to complete her degree by 2021. However, Morant's girlfriend has not disclosed more about her education and career.

You May Also Like: America's Got Talent's Fans are Not Happy With the Last Episode's Contestants Who Made it Through the Next Round.