home Entertainment Who is Shari Redstone's Son, Brandon Korff, Dating in 2020? Find Out About His Relationship

Who is Shari Redstone's Son, Brandon Korff, Dating in 2020? Find Out About His Relationship 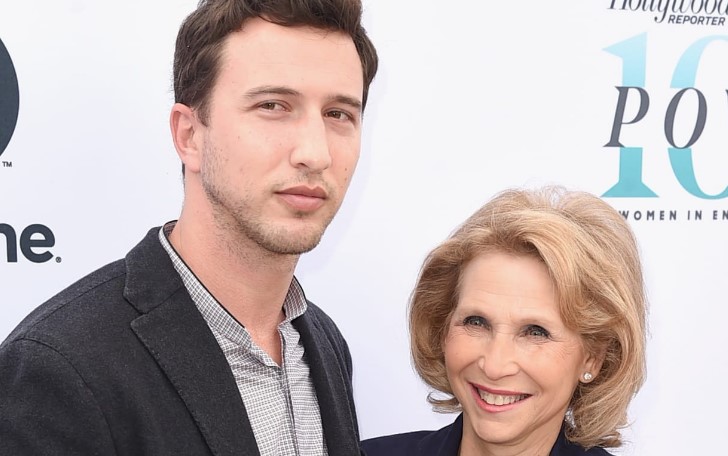 Here's what you should know about Shari Redstone's son, Brandon Korff's, girlfriend.

Shari Redstone (born Shari Ellin Redstone) is an American media executive who serves as the chairperson of ViacomCBS and president of National Amusements.

And when we talk about Shari, there's this one special son of her who often makes a round of tabloids for just being him. Redstone is blessed with three children, Brandon Korff, Tyler Korff, and Kimberlee Korff.

And Brandon has made his name in the industry for not so good things. Well, don't get any wrong ideas, he is not that bad, but it's fascinating to know about this gentleman.

Also See: Some Interesting Facts to Know About Peter Nelson and His Exit From HBO

Since we are here to talk about Brandon, let's just dive right into his love life, because, why not?

Brandon Korff's Girlfriend, Who is the Lucky One?

Don't get us wrong if the title reads "lucky one," because some of you might argue that could be the other way around. We agree, but the people Brandon has been dating don't pass that test; however, we don't mean to belittle or talk down anyone. We respect all.

Anyways, since you are all hyped to know who Korff is dating, the 35-year-old son of billionaire mom is dating a 18 years old Israeli model. Indeed, Brandon Korff's girlfriend, Yael Shelbia, who is almost half his age. But we don't judge, do we?

Also Read: Who is Sean Mcvay's Girlfriend? Find Out About His Girlfriend

No, we don't... Love sees no disparity, and we are totally okay with the couple.

A Fun Incident: Brandon Korff was Kicked Out of Israel

How's that possible, and Why? We know that was your first reaction to the title. Let us explain it to you. Recently, the son of billionaire mom, Brandon Korff, was sent home from Israel airport, or should we say, kicked out from there.

The reason he got kicked out was the 35-year-old couldn't hold himself any longer to meet his long-distance girlfriend, Shelbia. But as we know, there are some rules at this dire time of the pandemic, and you can't just skip that, right?

But Brandon thought those safety rules and guidelines don't apply to him because he is rich! Apparently, no, it did. So, when Korff got too excited to hook up with his 18 years old girlfriend, he decided to travel to Israel and thought he could just flout Israel's quarantine regulations.

But to his disbelief, Korff was caught, and eventually thrown out of the country in disgrace. On Sunday, August 9, 2020, Brandon violated the terms of an "exceptional permit," which allowed him to visit the country and stay with his brother. (a little FYI: His brother serves with the Israeli army.)

So, instead of staying with his brother, he could not resist the charm of his exceptionally beautiful girlfriend, Yael Shelbia, and was caught violating the term and was sent back home. Well, it's fun watching these rich spoilt kids suffer time, no offense, though!

You May Also Like: Is Larry Caputo Dating Someone in 2020? Find Out About His Relationship