home Entertainment Who is Sean Mcvay's Girlfriend? Find Out About His Girlfriend 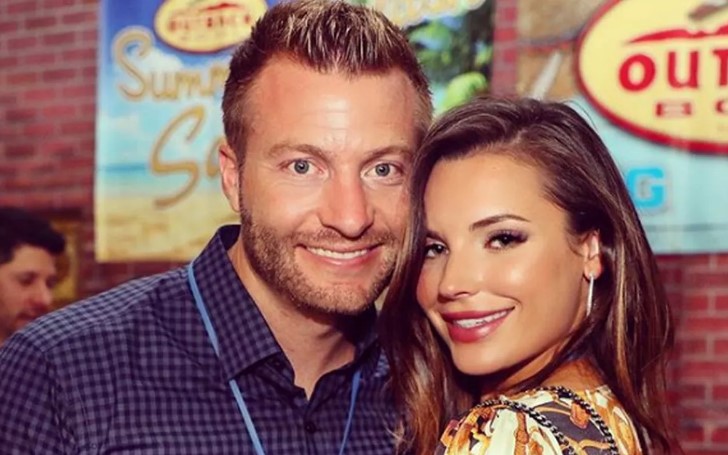 Find out about Sean McVay's girlfriend and his relationship.

Sean McVay is an American football coach, currently working as the head coach of the Los Angeles Rams of the NFL. Before working for Rams, he was the offensive coordinator of the Washington Redskins.

Following his stint in Redskins from 2014 to 2016, the football coach joined the Rams in 2017 when he was just 30 years old, well that's quite an achievement.

McVay has made his name in the NFL world, the recognition for the head coach came when he took Rams to Super Bowl LIII and dubbed himself as the youngest coach ever to do so and bagged himself the AP NFL Coach of the year award.

We are pretty much sure you all are aware of his achievements, but how well do you know about his personal life? Do you know who is Sean McVay dating in 2020? Let's find out.

Sean McVay's Girlfriend in 2020, Who is He Dating?

If you have been following your favorite head coach for the Rams, then the chances are you already know about his personal life, more precisely, his love life. Indeed, Sean McVay is in a relationship with his girlfriend, Veronika Khomyn.

The couple is together for a really long time now; according to some sources, Sean and Veronika started dating from 2011, and they are just going stronger every day.

Just in case if you were looking for the proof if their relationship is still going well, we hope this answers your question really well. Indeed, the couple is engaged now.

Sean McVay and Veronika Khomyn took to their social media and announced the news. But many of the followers couldn't see the announcement as the couple announced it via Instagram story, which, after 24 hours, disappeared.

But all thanks to Lindsey Thiry, a ESPN correspondent who is entitled to cover all the LA Rams updates, went a little further on her regular job and did Sean's fans' a favor.

Taking to her Twitter account, Lindsey Thiry posted a screenshot of Sean's Instagram story, where the head coach of the LA Rams updated about his engagement with Veronika Khomyn.

You May Also Like: Who is Peter Nelson's Girlfriend? Find Out About His Relationship

For more information on your favorite celebrities' lifestyle, stay tuned to Glamour Fame, and don't' forget to sign up for the newsletter.