home Entertainment Is Jennifer Garner and John Miller Still Together? Their Relationship Timeline

Is Jennifer Garner and John Miller Still Together? Their Relationship Timeline 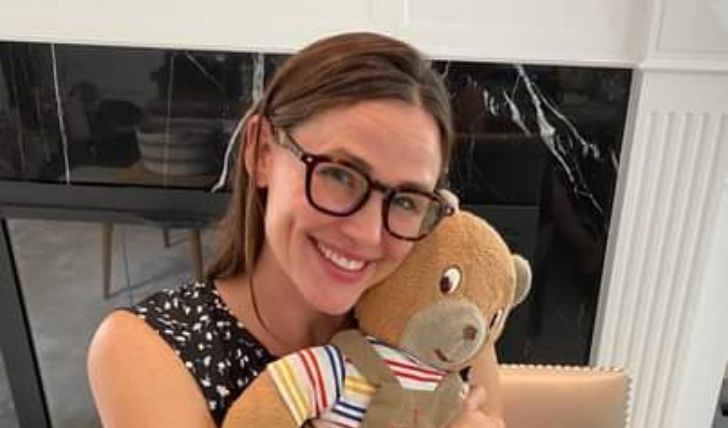 Inside Jennifer Garner and John Miller's Relationship: Get the complete details here!

Known for her breakout role in the spy-action thriller Alias, romantic comedy 13 Going on 30, Juno, Daredevil, and Elektra, Jennifer Garner is an actress whose A-list career, spanning over 25 years, has endowed a host of accolades, including a Golden-Globe, Screen Actors Guild Award, and more. But despite the actress's stellar career and accomplishments, Garner's bumpy romantic life has overshadowed her professional life consistently.

Jennifer Anne Garner was born on April 17, 1972, in Houston, Texas; she was brought up in Charleston, West Virginia. Garner's earliest acting credits were minor roles in the miniseries Zoya, Harvest of Fire, and Dead Man's Walk. After landing her first leading role in Rose Hill and her first feature role in Washington Square, Garner starred in a slew of megahits in the next few years that cemented her high-profile status in Hollywood.

Garner's tumultuous relationship with her ex-husband Ben Affleck perhaps has been the best-covered aspect of her life, with Affleck, who she connected with on the sets of Pearl Harbour, making hurtful remarks about his marriage with Garner in the recent time, inviting massive backlash for himself and support for Jennifer. The actress's love life was pretty much non-existent in the public eyes, that is until she unveiled her adorable relationship with John Miller. Yes, the smitten pair are still together, but even their recently begun romance wasn't without a few hiccups.

The 13 Going on 30 fame and Miller's secret romance came to light in October 2018. Several sources claimed the duo had been dating for months. One source adds, "Jen brings out the best in John, and he is the happiest he has ever been." Miller, 44, was a relatively anonymous name until his budding romance with Garner became the talk of the town. Miller is a businessman currently serving as the CEO of CaliBurger. As per insiders, it was John and Garner's resembling past and present that made them fall for each other.

Like the Alias actress, who shares three children with her ex-husband Affleck, Miller was too, at one time, happily married to violinist Caroline Campbell, but the pair's marriage was dissolved in November 2018, with the two sharing the joint custody of their two kids. Miller's divorce from Campbell was still in the process when he met and fell in love with Garner. From what we've heard and seen so far, Miller is in complete awe of Jen.

Since the couple made their relationship official in late 2018, several insiders pitched on the duo's healthy and mature bond. A source said, "They are very happy, and going strong. John has been a rock for Jennifer, especially during Ben's recent relapse," referring to Affleck's past recurring struggle with alcoholism. Some even hinted at marriage plans by revealing the businessman's set intentions to marry Garner, who, on the other hand, wasn't ready for that big of a commitment.

After a year and a half of romance, Jennifer and Miller called it quit in August 2020. "They parted ways amicably," a source revealed, adding, "He was ready for marriage, and she just couldn't commit." The estranged couple rekindled their romance, but not immediately. Jen and Miller sparked reconciliation rumors last year, and the speculation was soon revealed to be true. "They're back on; it started up a few weeks ago," an insider told.

The Juno actress and her CEO boyfriend were pictured on a rare public appearance at JFK international airport. The outing wasn't a romantic date or leisure strolling for the two, but it appears Miller, like a good boyfriend, was accompanying his girlfriend as she was on her way to leave New York a day before the premiere of her anticipated The Adam Project, also starring Mark Ruffalo and Ryan Reynolds.

The lovebirds' rare public appearance came weeks after Garner publicly spoke about Affleck. Despite Ben's distasteful comments about their relationship in the recent past, Garner reinstates an amicable bond between the two. The actress says she "is in a good place with herself and with Ben," and is happy for Affleck, who is currently in a very public relationship with Jennifer Lopez.

Recommended: Selma Blair Gets Restraining Order Against Boyfriend: Who Is She Dating Currently?

With everything going on and media frenzy on Bennifer and Garner's personal life, a source says the actress remains focused on herself and her three children, Violet, 16, Seraphina, 13, and Samuel, 9. "She's trying to live her life and raise her kids, and the last thing she wants to be doing is be dealing with Ben's love life," said the source.