home Entertainment Jennifer Lopez and Alex Rodriguez got Engaged A Few Days; Relieve The Moment as A. Rod got on his Knees in a Surreal Backdrop

Jennifer Lopez and Alex Rodriguez got Engaged A Few Days; Relieve The Moment as A. Rod got on his Knees in a Surreal Backdrop 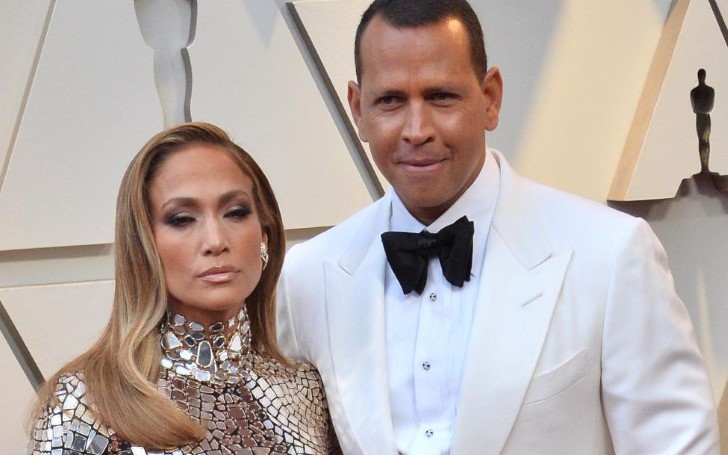 Jenifer Lopez revives the astounding moment of her engagement through new picturesque images on social media.

Jennifer Lopez and her boyfriend Alex Rodriguez finally got engaged last week. The Hit on the Floor singer found a way to cherish that particular day.

On Tuesday, Lopez posted a gallery of picturesque images from their Bahamas gateway commemorating the special moment.

The new images showcase Rodriguez getting down on one knee by the ocean during sunset while astonished bride-to-be stands with her hands over her mouth which the singer captioned “3.9.19.”

Similarly, Rodriguez also shared the very image with the caption “Locking it down. #futuremrsrodriguez.

After the obvious answer 'Yes!' the two share a kiss on the third picture where the singer bends down to lock lips with her now fiance who is still down on his knees.

Following their engagement, Ellen DeGeneres also revealed about her involvement in persuading A-Rod to propose J.Lo months ago.

The talk show host said on Tuesday’s episode of The Ellen DeGeneres Show.

“I don’t want to take credit for this but…Yeah, I kinda…I did that…I’m pretty sure I’m the reason.”

Additionally, she also volunteered to be the Maid of Honor to the couple.

You might also like: Jennifer Lopez Pens Heartfelt Message To Alex Rodriguez As They Celebrate Two-Year Anniversary

The newly engaged couple first met two years ago at a restaurant in Los Angelos. The recent engagement marks the fourth for Jennifer while it is the second for Rodriguez.

Both of them share children with their exes. Lopez has 11-year-old twins Max and Emme with her third husband Marc Anthony, and Rodriguez has daughters Ella, 10, and Natasha, 14, with ex-wife Cynthia Scurtis.

Don't miss: Jennifer Lopez and Alex Rodriguez - A Timeline of Their Adorable Relationship

Jennifer was first married to Cuban waiter Ojani Noa from 1997 to 1998, and in 2001 the singer tied the knot with her former backup dancer, Criss Judd.