home Entertainment Jerry Rice Girlfriend, Who is She? Find Out More

Jerry Rice Girlfriend, Who is She? Find Out More 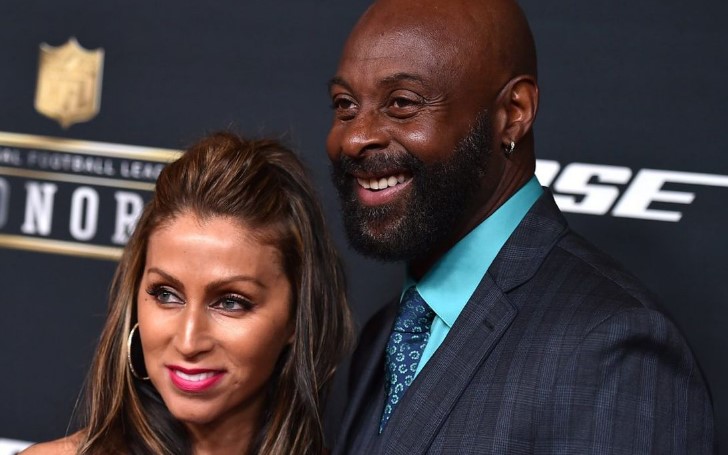 Jerry Rice (born Jerry Lee Rice Sr.) is an American former professional football player in the NFL. The player primarily played with the San Francisco 49ers. Jerry is widely regarded as the most excellent wide receiver in the history of the NFL.

We don't think we need to stress more on his career as we all know how great of a player he was. But we are here to talk about his personal life. By personal life, we mean his dating life.

Also See: What Fans Have to Say about Victoria Beckham's Announcement of Her Daughter's Favorite Makeup

So, who is the former star player dating? Is he already married or still single? Let's find all of them here.

The three-time Super Bowl champion is already engaged to his longtime girlfriend, Latisha Pelayo. The couple got engaged in 2018. Jerry popped the question while on stage at a DeBartolo Family Foundation gala.

Also Read: Who is Brad Womack Dating in 2020? Find Out About His Girlfriend and Dating Life

While on the stage, Jerry said, "I have four words … that I want to say to this woman who has supported me for so many years," Rice said, before asking, "Will you marry me?"

Jerry Rice and Latisha Pelayo started dating in 2008. The star player was previously married to his ex-wife, Jacqueline Bernice Mitchell. The former couple shares three kids, and they ended their marriage in 2007, but their divorce was finalized in 2009.

A year after Jerry ended his relationship with his former wife, the star player started dating Latisha. Since then, the couple is inseparable, and their relationship is growing every day.

You May Also Like: Who is Ethan Dolan's Girlfriend in 2020? Find Out About His Relationship