Jillian Mele - Some Facts to Know About the American News Anchor 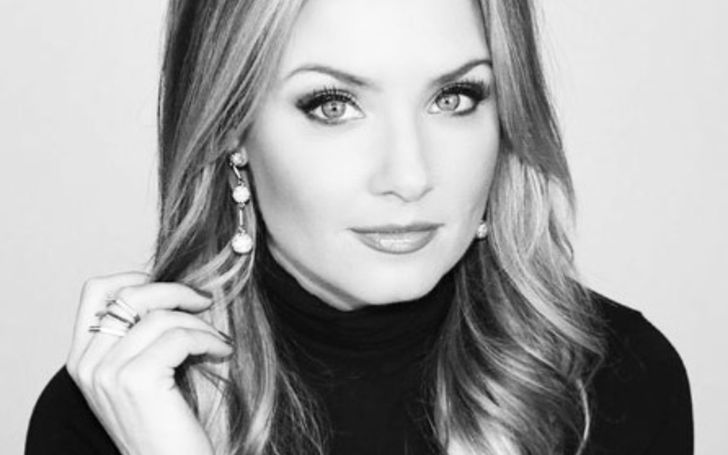 Jillian Mele is the beautiful American news anchor and reporter who serves as a co-host on a popular morning show Fox & Friends First in New York City.

Mele devoted her life to be a broadcaster, and with lots of hard works, she is now one of the top newscasters in the industry. As with her devotion and hardwood, Jillian success story is now an example to the world which has even made her fans and followers desperate to know more about the beautiful Jillian Mele. Since fans seem curious about the 37 years old media personality, today we brought you some exciting facts about her. Let’s begin.

Born on September 17, 1982, to Roseanne and Thomas Mele, Jillian Mele grew up to create her career as a Journalist and news presenter. She was raised in Glenside, Pennsylvania, with her gay brother, as per Superbhub.

Jillian Mele grew up in Glenside, Pennsylvania with her parents.
Photo Source: Pinterest

When Mele was a child, she spent over 13 years dancing ballet, tap, and Jazz, according to Heavy. She was devoted to dance and even shared with Fox News Insider that looking back; she regrets putting a halt in dancing, as she couldn’t dancer perfectly anymore.

Mele completed her graduation with a B.A in arts and communication from La Salle University in Philadelphia. During her high school days, she used to work as a grocery store clerk. Subsequently, after her graduation, she accepted a position as a sports anchor in Presque Isle, Maine and the WIVT-TV in Binghamton, New York,

In 2007, Mele began to work in NBC10 in Philadelphia, Pennsylvania. She made a breakthrough in her career while serving NBC10; she was titled with Emmy award for her talent and hard work.

Further, Mele got shifted to NBC Sports, Philadelphia, where she co-hosted a morning talk show called Breakfast on Board in 2014. Her work there also gained recognition, which earned her second Emmy award.

Recommended: Tristin Mays Boyfriend - Is the Actress Dating Someone in 2020?

The gorgeous journalist Jillian, after some time in NBC, got accepted for a position at Fox News. She was appointed co-anchor post of Fox & Friends First with Rob Schmitt and as headlines reporter for Fox & Friends.

You guys might not believe us, but let us tell you that Jillian Mele is quite good on keeping her relationship status a 'secret'. Though she became one of the favorite broadcasters in the media and even won two Emmy Awards for her work in her long run career, still there isn’t much of information on her romantic life.

However, Mele did give out little glimpse on her love life, a couple of times previously. In 2013, she mentioned having a boyfriend who is from Boston in one of her tweets. Later on, in May 2016, Mele again caused a stir from her response to a comment on Twitter, where she wrote, “I have a boyfriend, but thank you.”

Except for those two activities, there isn’t anything, which makes her lover a mysterious man whose identity is behind the curtain.

The Famous Reporter Mele has Six Digit Net Worth

The famous newscaster, Jillian Mele, 37, has made major strides in her professional career. In her late thirties, she is a celebrity in the broadcasting industry.

Click To Know: Leah McSweeney Net Worth - Complete Breakdown of Her Fortune

With Mele tremendous success, it is believed that she accumulated a net worth, which comes around $900,000. Though her actual earning aren’t declared in any media, it is pretty sure her earnings and net worth to be in a six-digit figure which supports her luxurious lifestyle.

For more details on your favorite celebrity, visit Glamour Fame.