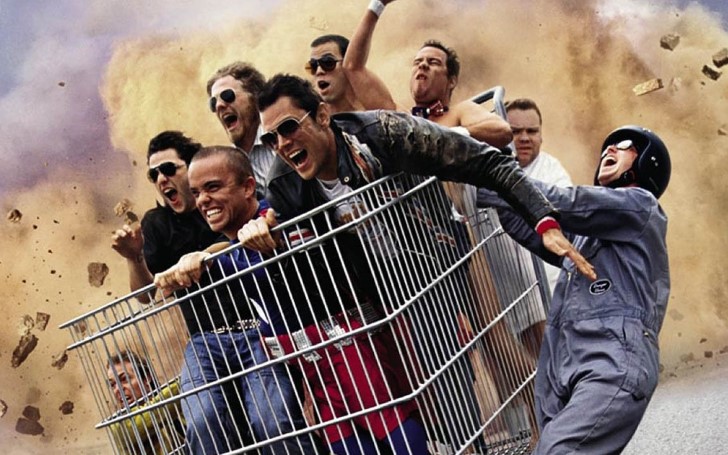 The fun and entertaining Jackass is back with its craziness, do you dare to enter the game?

Many of you might be unfamiliar with reality star Johnny Knoxville, well he is one of the 'wildest' and 'freakiest' reality stunt star and co-creator of MTV's greatest reality stunt show 'Jackass'.

There is interesting news for all the show lovers and followers as the crazy asses are back with another action, fun, and thrill-packed episode.

You may like: The New Flavor Of Diet Coke Is A ‘Fruity’ Addition To Your Fridge

The freaks are back after the sad dismantle of the show back in Aug 2001. The show was previously canceled because of the protests it attracted for the controversial and dangerous stunts performed in the show.

Look at who I ran into at dinner.

You may like: Want The Urban Decay x Game of Thrones Collection? Here Is How You Can Get It

Johny hinted us the upcoming fourth sequel writing in an interesting caption "Look at who I ran into at dinner." Check out some glimpses of the Jackass 'Best Moments'.

A news media Entertainment Weekly asked Knoxville  whether there would ever be another film and he said:

“It’s possible, for sure. It’s not like we’re saying no. If we did do a new one, we’d have to bring in some new younger guys – just to bring some fresh blood into it. But it’s possible.”

He added: “I still write ideas down, just in case I get that twitch again. We’re sitting on a ton of new ideas. There was so many that we didn’t get to shoot for Jackass 3. We have more ideas than we could shoot for Jackass 4, I’ll tell you that.”

So aren't you excited for the new sequel of the movie? Well, stay tuned to find more about the upcoming new sequel Jackass 4.