home Entertainment Jokes on All The Millionaires Out There! 6-Year-Old YouTuber Boram Buys a Five-Storey Propery in Seoul

Jokes on All The Millionaires Out There! 6-Year-Old YouTuber Boram Buys a Five-Storey Propery in Seoul 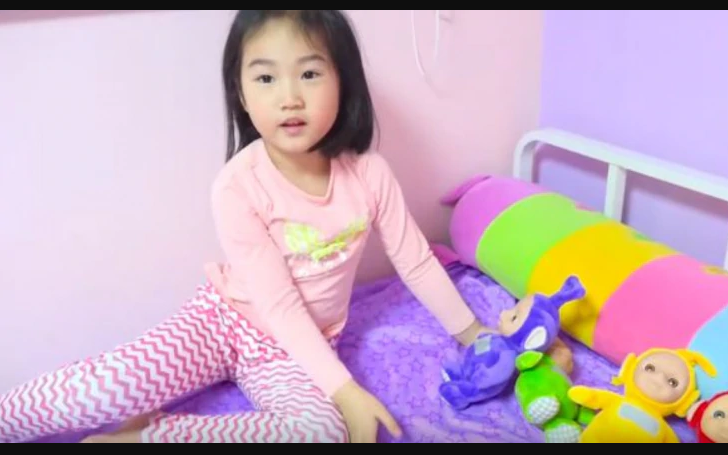 South Korean six-year-old Youtube star, Boram, set the bar high for all the YouTubers, as she along with her parents just bought a multi-million dollar property.

We all have a dream to gift something special to our parents, that could be anything from a vacation to some exotic location, to buying a farmhouse somewhere in the country area.

But imagine gifting a 5-story-building and that too when you are just six years old, sounds impossible right?

Apparently, "impossible" is not in the vocabulary of this six-year-old South Korean Youtube star who just set the bar high for all the YouTubers, as she along with her parents just bought a multi-million dollar property.

One of the local business newspaper reported the five-story building is in one of Seoul's most affluent areas, Gangnam. The reports say the property was bought for 9.5 billion won (approx. $7.90 million) by the Boram Company, which was set up by the YouTuber's parents,

The six-year-old YouTuber is expected to earn an average of $2.9 million monthly through her videos, and according to one of the local reports, Boram makes more through marketing revenue than any other South Korean YouTuber.

The success is quite evident, and we can see why there are raising concerns over this whole situation, some going as extreme as to claim she might be exploited.

There's an instance reported by Korea Herald which claimed Save the Children's South Korean chapter went to court in 2017, accusing her guardians of "gaining financial profit by putting the children in situations that could put them under mental distress and distributing the footage to the public, with a negative influence on underage viewers who watch the clips."

The reports further claimed there were concerns related to some of the clips where the kid star is shown stealing money from her father's wallet, and one of the clips also showed Boram acting as if she is giving birth, which could be a really bad influence on younger fans.

Following which, Boram's parents made those clips private and apologized to the fans. However, Boram is not the only millionaire-kid, Last year a seven-year-old American Ryan Kaji earned around $22 million through his toy review channel which has more than 20 million subscribers.

As online platforms are getting more mainstream these days, it certainly has raised concerns as to how one should monitor all these activities, and to what extent people should be given the leniency to earn money using a child?

Recommended: Will Mario Lopez Be Fired For Transphobic Comments?

Meanwhile, toy review sounds like a good business, what do you think, want to give it a try?