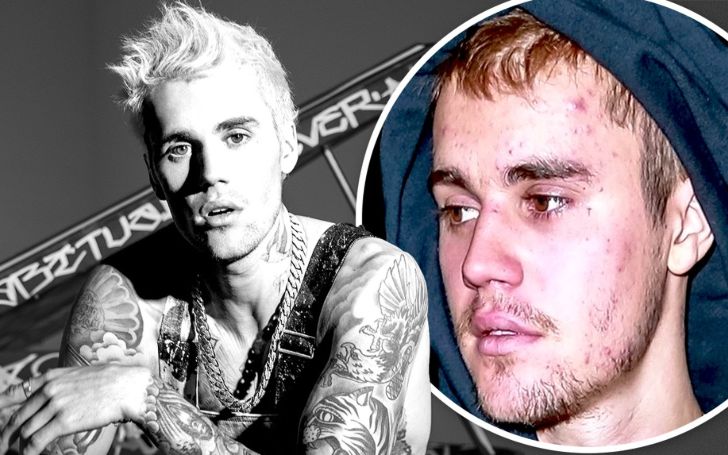 Shortly after the 25-year-old pop star Justin Bieber opened up his serious battling 'bug infection', it has now raised curiosity among the people and his fans about what actually happened!

Well, Bieber's sudden change in look over the past few years has been a question to many of his followers as critics were chaffing how ugly he has turned out to be after his previous album 'Purpose' (2015).

Well, the 'What do You Mean' hitmaker cleared all the fog by opening about his chronic 'Lyme' disease after critics started criticizing his looks accusing him the aftermath of using drugs such as Meth and while some assumed it due to his ongoing depression after splitting with Selena Gomez.

To show what he's really been through the past four years, Justin's upcoming docuseries is going to cover it all.

As per reports from TMZ, who exclusively reached Hailey Bieber shared some of her model friends such as Gigi Hadid, Bella, and Yolanda Hadid are playing a significant role in helping Bieber understand Lyme and to battle it.

Matter of fact, Bella, Yolanda, and their brother Anwar Hadid also have the disease. Some of you might be wondering what Lyme disease is. It's an infectious disease caused by the 'Borrelia' bacterium, which is spread by ticks. It impacts making one fatigue, raising mental and skin problems.

Watch out for these bug!
SOURCE: The Independent

On the bright side, Justin has lot of things planned this year as he's also planning to start a family with Hailey, which can be assumed from his adorable baby snaps uploaded on his Instagram page.

Nevertheless, all these things are wrapped up in Justin's upcoming docuseries and his new album 'JB5'.

Stay tuned with us to find updates on the latest Entertainment news only on Glamour Fame.