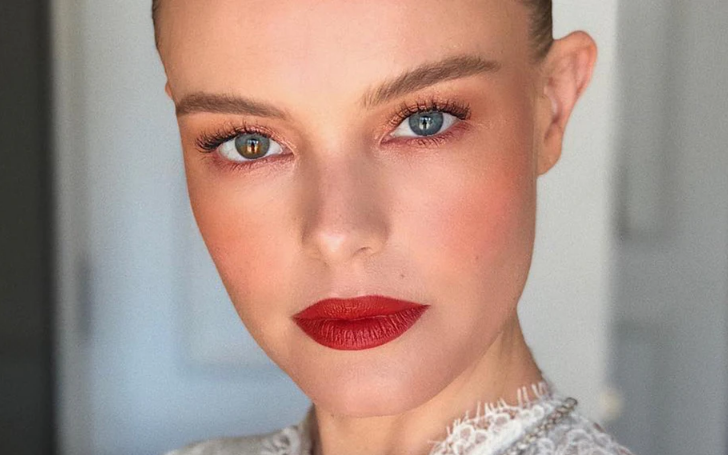 Kate Bosworth finally spoke about her past relationship with The Carnival actor, Orlando Bloom. The actress said he is the reason Kate will never date another actor again.

Kate appeared on the Bravo Network's talk show, 'Watch What Happens Live With Andy Cohen.' During the show, the host asked what she regards 'the biggest lesson' from dating the actor.

Kate opened up about her past relationship with Orlando.
Source: ET

Kate, 36, said she kind of knew this question might pop up about the actor who shared a steamy scene with Cara Delevingne, and subsequently gave a candid response.

Bosworth said, "Oh man, well, I married a director." Kate then smiled and replied, "sorry, no, Bueno. It's just - it's too much of the same thing."

The former couple who started dating in 2004, called it quit after two years. But Kate admitted she still praises the time she spent with the actor who is planning a big engagement with Katy Perry now.

Kate added, "It hit when we were together. I think when you kind of go through something like that with someone, it’s like you feel like that’s a real anchor in many ways because it was just crazy."

Kate said "it's too much of the same thing" dating another actor
Source: Pop Culture

Bosworth continued, "We would land at airports, and he would have, like, girls, like lifting their shirts up … It was just wild."

The actress further said, "I mean, if you’re just two normal people hanging out, and all of a sudden it just blows up into something really surreal, then you kind of look at the person you’re with as a rock in many ways. And I think we felt that way about each other through a crazy time."

Well, we agree with the actress. Too much of the same thing is not good.