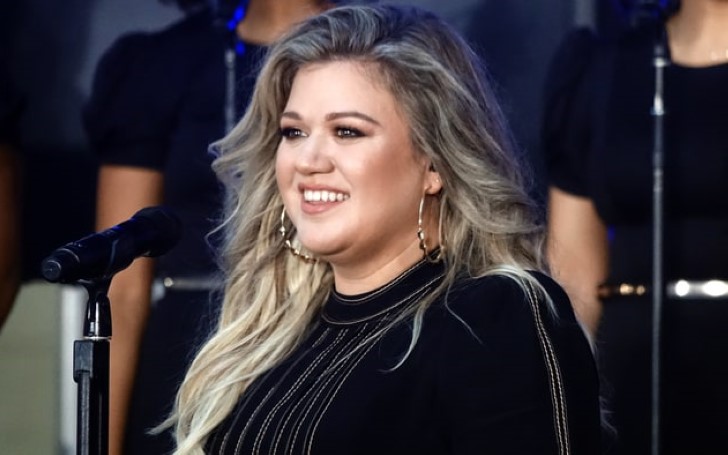 Kelly Clarkson bound to rock the Billboard Music Awards as the host!

Since last year's BMAs, the world is hung up on the choice the award show will make for hosting the gig. The wait is finally over!

The people will once again get a chance to witness the raw charming presence of the charismatic and talented Kelly Clarkson in 2019 rendition of the prestigious award show. As a matter of fact, Clarkson hosted the award ceremony in 2018 as well.

In fact, The Stronger singer took to Instagram on the wee hours of Thursday evening to announce that she's going to host the annual Billboard Music Award once again.

I had so much fun hosting the @BBMAs last year, I’m doing it again! This year, we’re going to turn it up a notch. Join me LIVE Wednesday, May 1st on NBC! #BBMAs

Last year, Clarkson commenced the show by grabbing attention towards the Santa Fe High School shooting. In addition, she also performed a medley comprising of songs from certain nominated artists.

She took the audience by storm with her audacious performance of hit songs like Maren Morris' 'My Church,' followed by 'Too Good at Goodbyes' by Sam Smith, spiced up with 'Humble' by Kendrick Lamar, 'Thunder' by Imagine Dragons and many more.

Also read: Bruno Mars Hilariously Blames Ed Sheeran For The New Ban on His Song 'Versace on the Floor' in Indonesia

Presently, the singer is a coach on The Voice and is on the verge of launching her own daytime venture, The Kelly Clarkson Show. To add up, she is actually in the final stages of preparation of the talk show, which is due to air its first episode on September 9, 2019.

Amidst a conversation on The Ellen DeGeneres Show, the American Idol alum revealed that she has some work to do when it comes to making sure her guests get heard.

“I do need to learn, and I have literally been watching, like, I’ve seen your show, tons of it, but I watch all your episodes and Oprah’s and everyone’s 'cause I’m like, 'How do I listen?'”

“Cause I was not good at listening.”

The 2019 Billboard Music Awards will be held at at the MGM Grand Garden Arena in Las Vegas. Also, the award show is set to air live on Wednesday, May 1st at 8 p.m. on NBC.