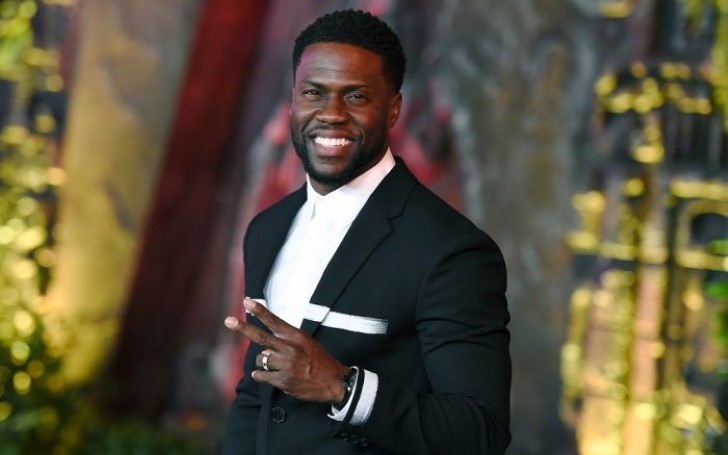 Kevin Hart steps down as Oscars host after criticism over homophobic tweets.

Days after the announcement of Kevin Hart Hosting 2019 Academy Awards, harsh backlash regarding his past homophobic comments on Twitter eventually, led the comedian to step down from hosting this year's Oscar award ceremony.

Hart was widely criticized for his use of word "gay" as an insult in several of his very old tweets and comments.

Prior to stepping down from the hosting position, Hart apologized to the LGBTQ community for his use of insensitive words in the past through a tweet.

I have made the choice to step down from hosting this year's Oscar's....this is because I do not want to be a distraction on a night that should be celebrated by so many amazing talented artists. I sincerely apologize to the LGBTQ community for my insensitive words from my past.

Earlier in the evening, he posted an Instagram video in which he refused to apologize for the tweets.

I know who I am & so do the people closest to me. #LiveLoveLaugh

On 5th December, Kevin Hart disclosed that he will be hosting this year's Oscars airing on 24th February 2019 via Instagram. Shortly, after his announcement, his homophobic comments dating several years back started resurfacing on the internet.

After a Hollywood Reporter column floated him as a contender to host the Academy Awards ceremony, many of his homophobic tweets were deleted. However, some of his offensive comments still remain online which includes the use of words like gay, homo, and fag as insults.

Furthermore, the comedian has included similar comments in his stand up. On one of his stand-ups, he has expressed his fear of his son turning gay.

"One of my biggest fears is my son growing up and being gay. That's a fear. Seriously Funny. Keep in mind, I'm not homophobic, I have nothing against gay people, do what you want to do, but me, being a heterosexual male, if I can prevent my son from being gay, I will."

Since then, several offensive comments from his past has resurfaced earning him harsh backlash from LGBTQ community and so on.

However, his homophobic comments stopped by 2011 after his first stand up movie became a hit.

You may also like: Former America's Next Top Model Star Jael Strauss Died at age 34

Meanwhile, Hart responded to the criticism about his past comments through a tweet stating that people grow, learn and change.

Stop looking for reasons to be negative...Stop searching for reasons to be angry....I swear I wish you guys could see/feel/understand the mental place that I am in. I am truly happy people....there is nothing that you can do to change that...NOTHING. I work hard on a daily basis to spread positivity to all....with that being said. If u want to search my history or past and anger yourselves with what u find that is fine with me. I’m almost 40 years old and I’m in love with the man that I am becoming. You LIVE and YOU LEARN & YOU GROW & YOU MATURE. I live to Love....Please take your negative energy and put it into something constructive. Please....What’s understood should never have to be said. I LOVE EVERYBODY.....ONCE AGAIN EVERYBODY. If you choose to not believe me then that’s on you....Have a beautiful day

As per the Guardian, hosting the Oscars is "considered one of the prestigious but difficult jobs in showbusiness". They added, "Hart would have been one of a few black Oscar hosts in the event’s history, after Chris Rock, Whoopi Goldberg and Sammi Davis Jr."