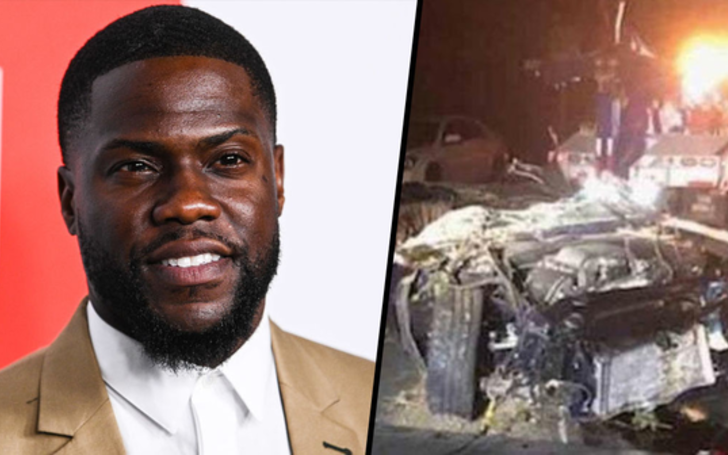 Kevin Hart remained silent on his recent car crash which left his car wretch at the bottom of a ditch leaving with serious injuries.

You might heard the tragic news of our beloved comedy star, Kevin Hart, who recently went through a terrible car accident. Kevin car tumbled at Mullholland Drive in Los Angeles, and he was immediately taken to hospital leaving with "major back injuries" on Sunday.

As per reports from California Highway Patrol, Kevin was on the car with driver Jared Black and Jade's fiancee Rebecca Broxterman. Jared lost control of the vehicle and careened off into an embankment.

According to reports by BBC, 911 was shortly called for the emergency, and they arrived at the spot before 1 A.M. and were airlifted to the hospital.

Seems like the 'Ride Along' star is not having quite a good year as earlier this year he pulled off hosting the prominent Oscar ceremony following his controversy over homophobic tweets.

The award ceremony went without a host. But the good part is after all our beloved comedian Kevin is fine and recovering.The 40-year-old Hart recently shared a snap of getting back home. We pray for his full recovery shortly.

Some of fans comments and love for Kevin,

It's a miracle that all 3 of you survived that accident after seeing what that car looks like!

Some of Kevin's star friends also shared their kind and concern for him.

Brooklyn Nine-Nine sensation Terry Crews took to Twitter with a sweet message of “Get well soon, brother,” after the actor was rumored to sustain a back injury.

Dwayne Johnson, his Jumanji buddy are up together for Jumanji: The Next Level also took to Instagram to writing, “Stop messing with my emotions brother @kevinhart4real. We have a lot more laughing to do together. Love you man. Stay strong 🙏🏾”