The Rock Shared A Fitting Tribute As Jumanji 3 Is Finally Finished Filming! 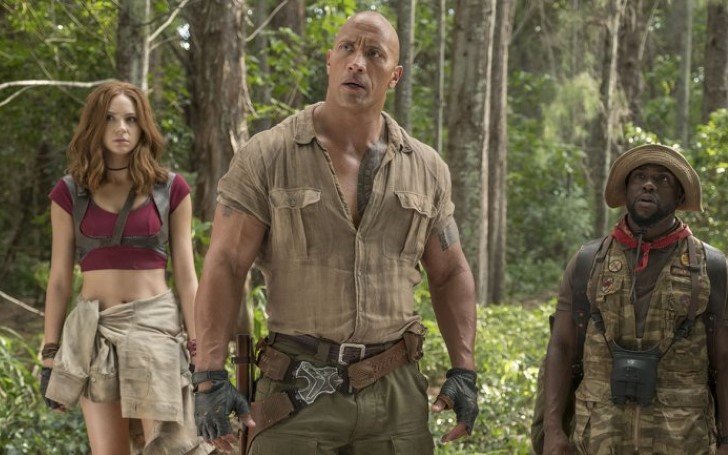 'The Rock' finally shares the news regarding the final filming of the Jumanji 3 on Instagram.

Dwayne "The Rock" Johnson who constantly keeps us updated and notified regarding all the interesting scenes and sequences from the shoot of 'Jumanji 3' recently states that they completed the filming of the movie.

The shooting of the movie started back in late January and is set to be released in coming Christmas. 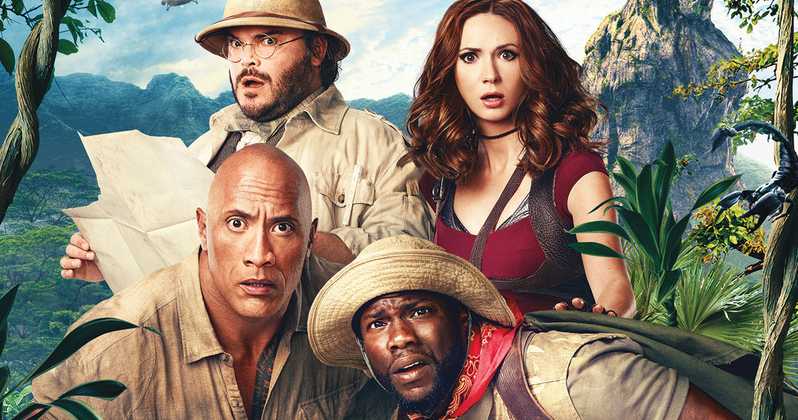 Jumanji 3 is not untitled yet though the movie will release on December 13, 2019.
SOURCE: MovieWeb

Nevertheless, this time the actor previewed us with some interesting location including fascinating scenes like 'blistering desert' and 'icy snow-capped mountains' along with some glimpses back from 'Jumanji 2: Welcome to the Jungle'.

Johnson, 47, shared the final ending of the shooting from the cast where four of the members are seen walking in the sandy desert.

Fast and the Furious star shares some glimpses from the movie along with some story readings on Instagram.

And off into the desert sunset our favorite video game avatars go. Ladies & gentlemen that’s an official production wrap for our new JUMANJI sequel. Thank you to EVERYONE and EVERY COMPANY who has committed your time and talents to making our film the best it can be for our audience. And most importantly, THANK YOU JUMANJI FANS WORLDWIDE for making our franchise a success beyond our wildest dreams. Love ~ Dr. Smolder Bravestone Ruby Roundhouse aka The Killer of Men Professor Shelly Oberon And Moose “I have the magic backpack bitches” Finbar #JUMANJI THIS CHRISTMAS @hhgarcia41 📸

A couple of weeks ago 'Dr. Smolder Bravestone' (Dwayne Johnson) shared his photo from the set with 'Ruby Roundhouse' (Karen Gillian) where the actors were witnessed in warm-weather gear hinting us with upcoming scenes from a snow-capped mountain.

Shooting our new #JUMANJI with my partner in crime @karengillanofficial and if we look like two extremely awkward teenagers in love while trying to manage our insane superpowers in our JUMANJI universe ~ that’s because we are. Absolutely love working and getting absurdly awkward with this gal. #RubyRoundhouse aka #KillerOfMen #DrSmolderBravestone #AwkwardTeenLove 🖤❤️ #JUMANJI THIS CHRISTMAS 📸 @hhgarcia41

Well, this time the movie definitely provides us hints as more adventures are on the way with loaded actions in several interesting locations and scenes.

As for casting the movie will have every member from the previous sequel such as 'Professor Sheldon 'Shelly' Oberon' portrayed by Jack Black, 'Franklin Finbar' narrated by our favorite star Kevin Hart, and 'Seaplane' by Nick Jonas.

We laugh hard and we laugh all the time. We’re just two very hard working, blessed SOB’s who somehow became the best of friends and Hollywood’s dynamic duo. I call @kevinhart4real my brotha and he calls me his big brown daddy. It’s super fucking weird. #JUMANJI THIS CHRISTMAS @hhgarcia41 📸

The previous sequel was a massive box office hit movie holding a tight competition with one of the popular American Sc-Fi movie 'Star Wars: The Last Jedi' which accumulated a worldwide gross of $1,316,721,747. Impressively, 'Jumanji: Welcome to the Jungle' competed by collecting an amount of $964,496,193.

Check out some of the interesting facts from the upcoming sequels from Jumanji: 3.

Well, the legacy continues as the two franchises are going to compete this year too with Jumanji set to be released on December 13 just a week before 'Star Wars: Episode IX' hits the theaters.

The movie is going to be launched under the production of Columbia Pictures where Dwayne is also one of the producers of the movie.

Well, let's hope the final conclusion of the film will be able to deliver us with more entertaining plots and stories. Till then let's wait till the trailer drops.