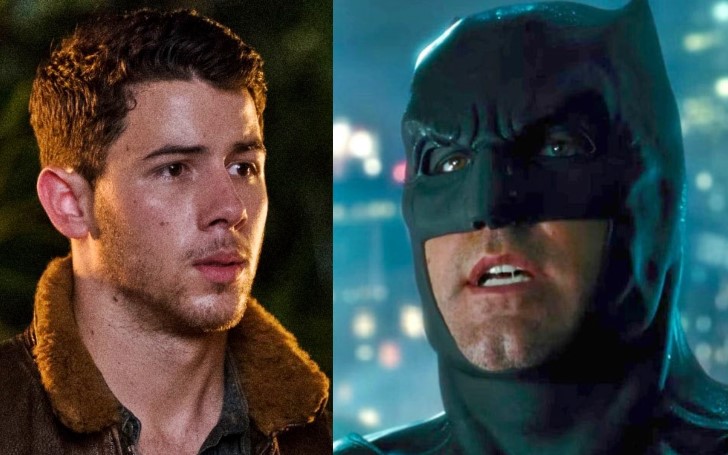 Nick Jonas is one of the most successful Hollywood singers as well as an actor, but the question arises here. Is the actor capable to reprise one of DC's most iconic characters?

Well, the answer varies among people but the 26-years-old personally definitely wants to replicate the role. It seemed that the 'Jumanji' actor is very much interested to take the place of Ben Affleck as the Batman in the DCEU.

Going through the Disney star's movie career, the actor has starred in some of Hollywood's best movies such as Jumanji, Disney's Camp Rock, Jonas Brothers: The 3D Concert Experience and so on. 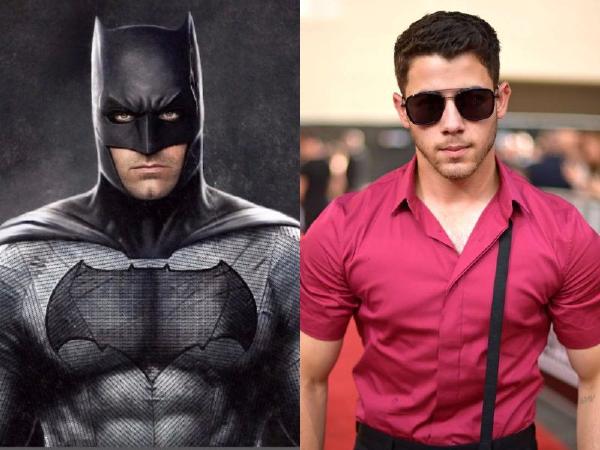 It's understandable that Jonas wants to play the role of one of the most iconic comic characters in the big screens. We all have dreams to replicate our beloved superheroes and when it comes to Batman it's hard to say 'no'.

After an official statement by the current Batman Ben Affleck that he would no longer be affiliated with the coming series of the superhero, the 46-years-old actor felt like passing the torch to a younger generation. 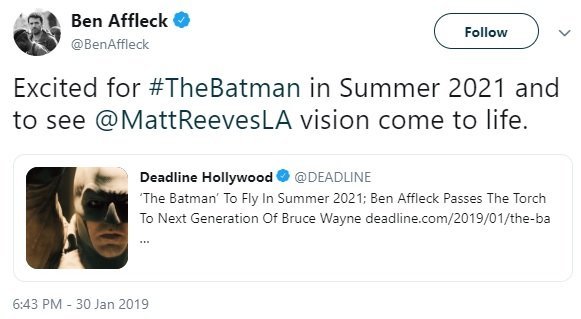 The comment box was filled with thousands of names but the 'Right Now' singer Nick was the most noticeable as he responded "First name: Nick. Last name: Jonas". 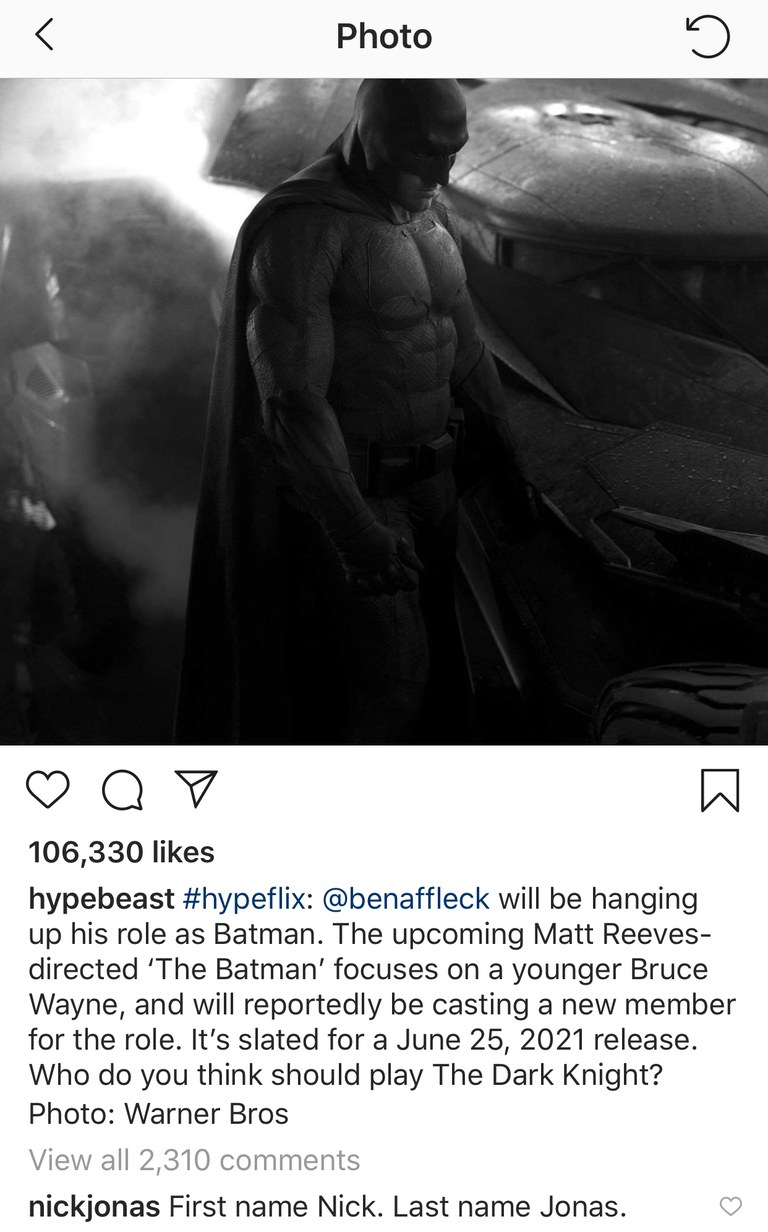 #hypeflix: @benaffleck will be hanging up his role as Batman. The upcoming Matt Reeves-directed ‘The Batman’ focuses on a younger Bruce Wayne, and will reportedly be casting a new member for the role. It’s slated for a June 25, 2021 release. Who do you think should play The Dark Knight?

"@nickjonas you are not badass, you are too cute for batman"

"Get Christian Bale back"

"Damn, he was a great Batman. I liked him a lot. He was as close as it gets to the real comic book/animated Batman’s."

According to Ben Affleck, the new Batman will represent a younger version of Bruce Wayne. However, the entertainment company 'Warner Bros' has yet to officially address the situation. But the actor may return in the case where Batman needs to reprise the older version. The upcoming movie is going to be directed by Matt Reeves (War for the Planet of the Apes).

The critics have appreciated Ben's work and interestingly former Batman Christian Bale was named many times in the comment section. However, Warner Bros has not officially stated anything regarding the upcoming actor.

Check out: Top 10 Movies Guaranteed To Screw Your Mind

As for the rumors, this time it will be something fresh and young. We hope the upcoming actor will be able to run the franchise following the path of some of the most successful ones in the past. So, what do you think of Nick replicating the role of Batman? Do you think he will be able to provide justice to the character like previous actors?