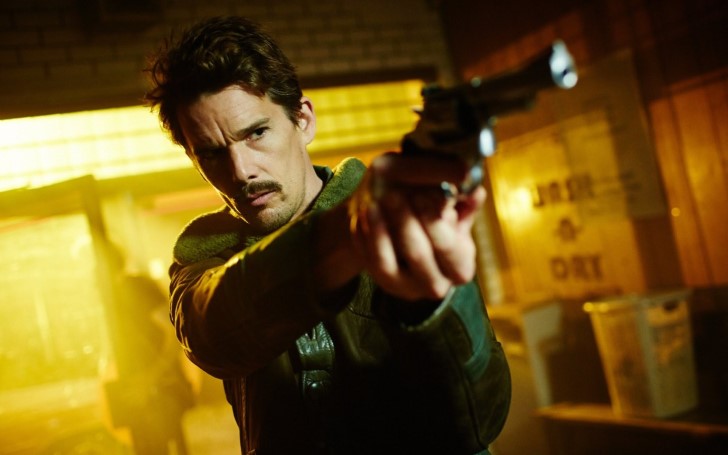 If you are a movie lover and looking for movies that are going to blow your mind and make you think twice, these are the movies worth watching which will leave you dazzled and wandering.

'The Game' is an American thriller movie written by John Brancato, Michael Ferris and directed by David Fincher.

Nicholas Van Orton (Michael Douglas) a wealthy banker receives an unusual birthday gift from his estranged brother for his birthday -- participation in a personalized, real-life game -- Nicholas reluctantly accepts. The game seems harmless at first but later Orton begins to fear his life when he escapes agents from the mysterious game company.

'The Machinist' is a mind-twisting movie directed and written by Brad Anderson and Scott Kosar respectively.

Trevor Reznik (Christian Bale) who works at a factory has a serious case of insomnia which has intensely affected his body weight and is slowly taking over his mental health. While working in the factory, he causes an in job accident where he unexpectedly hurts a coworker when he sees a mysterious man Ivan (John Sharian). He seems to get troubled and sinks further into paranoia accusing the enigmatic figure, Ivan as the root of his problems and tries finding out more about him.

Fun fact: Christian Bale dropped his weight from 173 pounds to 110 pounds to make this film. His diet consisted of one can of tuna and/or one apple per day

The Sixth Sense is an American psychological horror film written and directed by M. Night Shyamalan.

Cole Sear (Haley Joel Osment) a young boy can see and communicate with ghosts. He is afraid of those visitations and seeks the help of a child psychologist Dr. Malcolm Crowe (Bruce Willis). As Dr. Crowe attempts to reveal the unfavorable truth about Cole's otherworldly capacities, the ramifications for customer and advisor are a shock that stirs them both to something harrowing...and unexplainable.

The Number 23 is an American psychological thriller film written by Fernley Phillips and directed by Joel Schumacher.

Fingerling (Jim Carrey) gets his eyes on an uncertain book 'The Number 23'. As he reads the book he gets gripped towards the contents of the book and as he further goes, he gets convinced that the book is based on his life.

The performance in this movie shifts back between naturalistic and melodramatic. The movie starts as fairly grounded but the story gets mysterious as time passes and completely horrifying during the end.

Memento is an American neo-noir suspenseful thriller movie composed and directed by Christopher Nolan and produced with the help of Suzanne and Jeniffer Todd.

Leonard (Guy Pearce) the lead actor of the movie, desperately tries to find out who raped and slaughtered his wife. Though he remembers tiny glimpses of his life before the accident, he suffers from (Anterograde amnesia) short term memory loss which causes his mind to remember what happens for fifteen minutes only and it causes difficulty for further investigating about her wife's murderer.

'Fight club' is a movie based on the 1996 novel by Chuck Palahniuk which was directed by David Fincher.

The narrator (Edward Norton) who is a depressed man and an insomniac meets a strange soap salesman named Tyler Burden (Brad Pitt). Soon he finds himself hanging out with Tyler and starts an underground fighting club that eventually turns to be something bigger, much bigger.

Shutter Island is a neo-noir psychological thriller movie based on a 2003 novel by Dennis Lehane which was written by Laeta Kalogridis and directed by Martin Scorsese.

Two young U.S Marshall's Teddy Daniels (Leonardo DiCaprio) and his new partner (Mark Ruffalo) goes to Ashecliffe Hospital, a castle-like mental asylum located in a faraway island for the investigation of a genius murderess who escaped the asylum. There are several hints regarding bad stuff happening in the hospital and he has to face his darkest fear in order to get out of there alive.

Check out: Marvel Theory: Here's What Will Likely Happen After Avengers: Endgame

'Triangle' is a psychological horror movie written and directed by Christopher Smith.

Jess (Melissa George) goes on a boat trip with her friends and due to the enigmatic weather conditions, they are forced to go on the big ship (Aelous) floating in the middle of nowhere only to have the odd havoc increase.

Inception is a science fiction thriller movie written, produced and directed by Christopher Nolan and co-produced by Emma Thomas.

Dom Cobb (Leonardo Dicaprio) is a professional thief who can steal business secrets through a dream sharing technology. His ability has made him popular in corporate spying but has cost everything he loved.

Dom finally gets a chance at redemption where he is offered a job that is seemingly impossible where the character has to implant an idea into the mind of CEO.

Mulholland Dr. is a neo-noir thriller movie written and directed by David Lynch.

In a car accident, a black-haired woman (Laura Elena Harring) survives the crash and wanders around Los Angeles until she takes shelter in an apartment. There she meets Betty (Naomi Watts) a nourishing blonde who just came to Los Angeles to start her career off as an actress. As Rita can't remember anything about her past, Betty and Rita try to uncover the accident and find the true identity of Rita.

If you are interested in watching more psychological thriller movies these are some of the best movies.