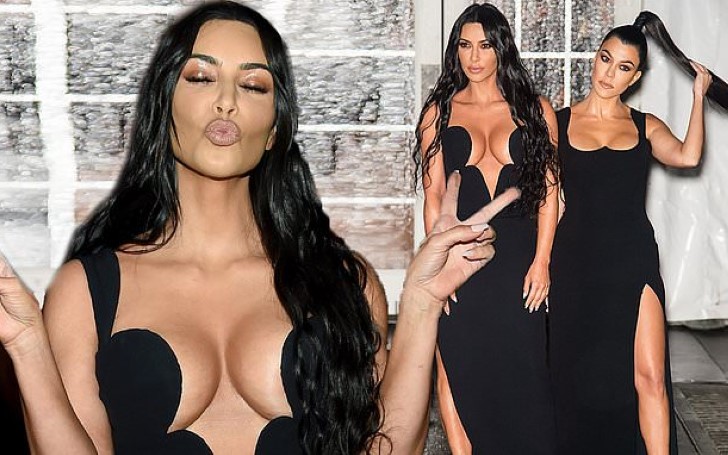 Kim K and her sister Kourtney Kardashian look sexy as heck with their extreme cleavage displaying dress at amfAR Gala in New York.

Both the sisters stepped into the amfAR event held at Cipriani Wall Street in their elegant black matching thigh slits dress designed by Versace. 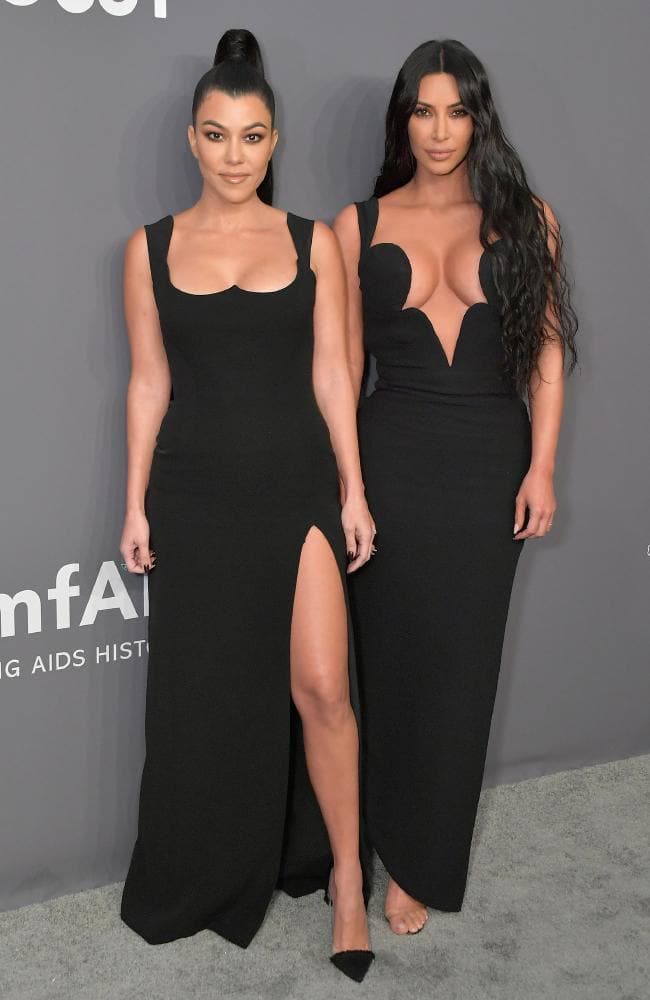 The Keeping Up with the Kardashians star, Kim, 38, got creative with her cleavage and wore the most cleavage-revealing black dress by Versace that featured a thigh slit on the side.

If it happened to be any of other fashionista celebrities then, they surely wouldn't dare to put on the dress and save themselves from being a part of any wardrobe malfunction.

However, it's the one and only Kim K, so she knew how to confidently carry on the risky dress that showcased half of her breast.

As a matter of fact, Kim didn't even face any nip slip issue with that much of a revealing dress.

And with a muted makeup and clear strappy heels, Kardashian looked nothing less than a Goddess.

Then, Kim, a mother of three completed her look with clear plastic high-heeled sandals.

The KKW Beauty star came as one of the presenters at the event. She awarded designer Mert and Marcus, with whom she has already worked before.

Kim further took to her social media to gush about it.

Kim who reportedly canceled to purchase their Miami beach house took a picture with the designers and posted on her official Twitter handle. She captioned the picture saying: "So happy to honor Mert and Marcus tonight!!!!"

So happy to honor Mert and Marcus tonight!!!! pic.twitter.com/UuPcpKuiag

Grabbing the event's attention with her dramatic and bold look, the eldest Kardashian sister kept her hair slicked-back high in an Ariana Grande style ponytail.

Kourtney, a fan of her supermodel sister Kendall Jenner's bikini pose completed her black dress with a black pointed heel.

The amfAR Gala event both the sisters attended marks as the unofficial opening to the New York Fashion Week that welcomes Hollywood well-known celebrities for drinks and dinner.