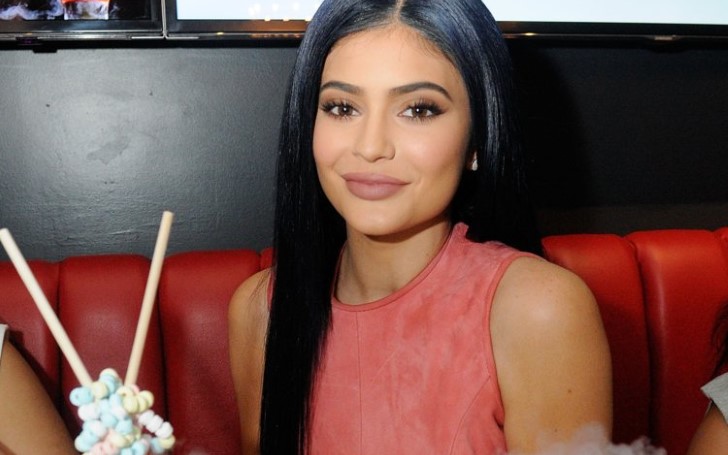 The renowned reality Television star Kylie Jenner's first Christmas with daughter Stormi Webster was delightful. The reality star revealed she left the Kardashian Christmas Eve party early so she could get home for her baby's bedtime.

Despite how involved Jenner is with her works and parental duties, she still managed to arrange the time to roll some impressive festive look.

You may also like: Kim Kardashian Flashes Cleavage in Low-Cut Versace Minidress in New York Heads at the Italian Fashion House’s Runway Show in New York

Her latest photo shows Jenner wearing a simple, short black trench coat with a pair of beautiful glittering heels. The makeup queen is seen wearing a pair of Rene Caovilla Galaxia sandals which retails for $1,640. The epic shoes also come in a limited edition red hue, and in black.

Named as crystal-embellished mesh and suede sandals, it is not surprising that Jenner decided to wear a tiny black trench coat with the shoes, and nothing else, so she could show them off.

Read Also: 10 Naked Dresses You Can be Able to Wear

The Keeping Up with the Kardashians star also took to Instagram to post some lovely photos of her holding her daughter, along with the title:

"my baby is turning 1 soon🖤," and it's hard to believe that it's almost a year since the world first met baby Stormi.

my baby is turning 1 soon🖤

Since posting the pic on Instagram, Kylie's photo of the outfit, it has gained 4 million likes while her photo holding her daughter collecting over 5.2 million likes. Kylie is in a relationship with rapper Travis Scott who is the father of Stormi. 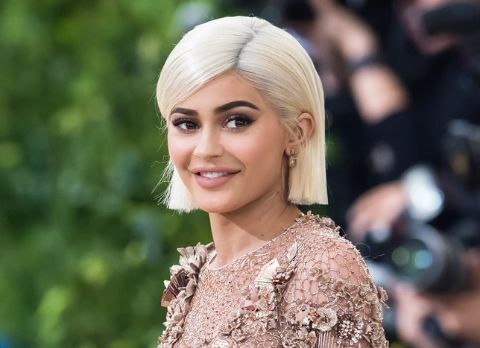 It is of no surprise that these days whatever the famous celebrities wear becomes viral. And Kylie is among the successful and renowned ones both in tv and business industries.

Kylie Jenner seems to look beautiful in whatever she wears and with the latest outfit she revealed, she looks stunning and gorgeous as ever.