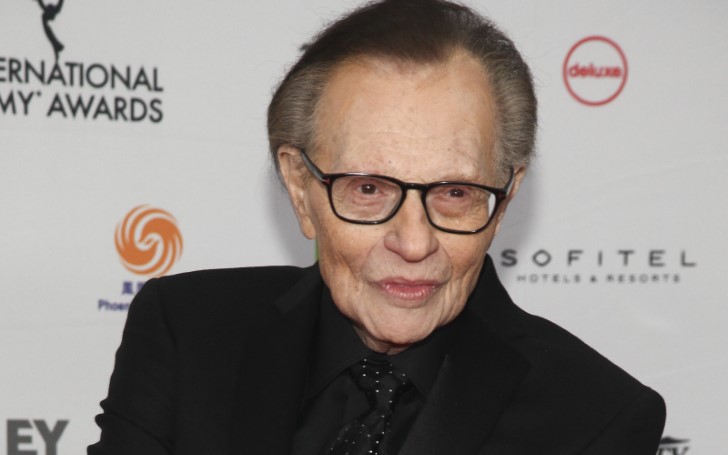 Larry King is currently recovering in the hospital after undergoing a coronary angioplasty last week. The news got circulated by a spokesperson for Ora TV to HuffPost on Monday.

The outlet which produces “Larry King Now” and “PoliticKING” reveals the talk show icon had an appointment for angioplasty, a procedure that opens blocked blood vessels. However, he started experiencing severe chest pain and he subsequently checked into the hospital early on Thursday.

Referring to the quadruple bypass surgery King had after a heart attack 32 years ago, the Spokesperson said,

"His doctor successfully performed the angioplasty and inserted stents to reopen the previous bypass from 1987. His doctors say he did not have a heart attack and he did not go into cardiac arrest."

The spokesperson added, the broadcaster will be released from the hospital soon as he is expected to make a full recovery.

Back during a 2004 appearance on NBC’s “Today” show, King candidly discussed his health saying that his routines in 1987 had physical consequences.

During his near-death experience, King said he "was smoking three packs of Nat Sherman cigarettes a day, eating fried this-and-that, enjoying lamb chops with lots of fat because that always improves the taste, ordering banana cream or lemon meringue pie for dessert — and feeling absolutely fine."

One morning King knew something was wrong after he woke up with a persistent arm and stomach pain. After discovering it was a heart attack, he kicked his smoking habit cold turkey.

Larry revealed he was diagnosed with stage 1 lung cancer in 2017 and subsequently underwent surgery before promptly returning to work.