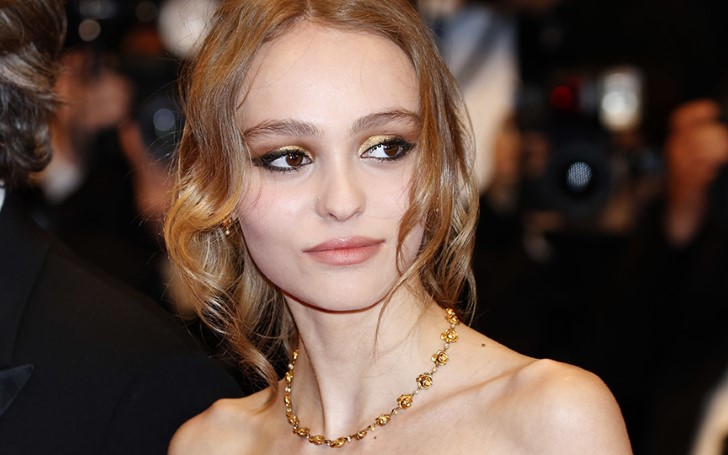 Lily-Rose Depp was on fire in her ‘V’ magazine cover as she posed topless.

The steamy cover was unveiled on 25th October. In the shoot, the model used nothing but her own hands to cover her bare chest.

This was not a new adventure for the rising star as she is used to flaunting what she’s got for major fashion brands, such as Chanel. However, it goes without saying this spicy photo took her modeling skills to a whole new level.

Lily said in an Instagram post, "Thank you @vmagazine ! This cover means so much to me, shot with love by my amazing friend @lukegilford whose talent and kindness knows no bounds."

The Winter Sun💦 Thank you @vmagazine ! This cover means so much to me, shot with love by my amazing friend @lukegilford whose talent and kindness knows no bounds 💓 I feel so lucky to know and work with such wonderful people. Stephen, thank you, we love you !!!

This eye-catching cover was not the only thing people talked about her. Inside the mag, the model posed with none other than Pamela Anderson.

The seductive shot displayed Lily in a pink feathered boa while Pamela posed with her hand on her mouth.

☾ ┊ new photoshoot of lily by luke gilford for vmagazine. with pamela anderson. ┊ « Lily-Rose is a beautiful spirit. I feel a sweet bond, as if Anaïs Nin and I had a little sister and maybe the same parents. She’s very aware of her uniqueness and beauty. »

Discover: Oprah Winfrey and Steve Harvey Shoot Down the Idea of Hosting Oscar 2019

As a matter of fact, this was not the first time Lily-Rose posed topless. Earlier in June, she participated in a topless fashion shoot with Vogue Russia.