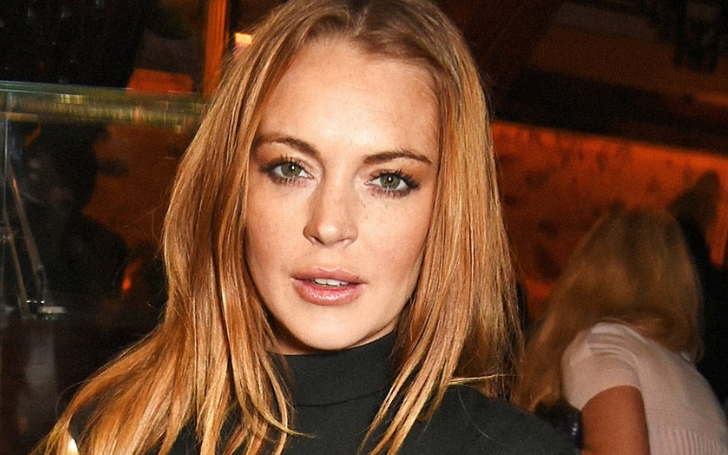 I feel honored to sit on the panel and be a part of such a fantastic show,' Lindsay Lohan said during an interview.

One of the networks of Australia, Channel 10 revealed the judging line-up for the upcoming season of 'The Masked Singer Australia' Lindsay Lohan will be one of the judges.

Lindsay, with previous experience as a judge on 'Project Runway' in 2009, said the show is already a huge success, and it will only get better from here.

"Each week will be so exciting to watch who performs and try and guess who's behind the masks. I feel honored to sit on the panel and be a part of such an amazing show,' the actress said during an interview.

The other three judges, Jackie O, Dave Hughes, and Dannii Minogue will fill the remaining seats. All judges have experience of working on a reality TV shows in the past.

The Masked Singer was launch in the US in 2019, soon enough, the TV show gained a considerable following and was an instant success.

The format was created in South Korea, which involves twelve celebrity singers, singing on before a live audience, while wearing a costume to hide their identities from both judges and viewers.

Read Also: Lisa Vanderpump Is No Longer A Member Of The Real Housewives Family

The format allows providing a clue each week to help viewers guess the celebrity singers, with judges permitted to ask one question of the performer.

The guessing game was an instant hit in the US and helped attract live broadcast viewers back to TV.

How will the Australian version of The Masked Singers do, only time can tell but after the entry of Lindsay as one of the Judges sure has created the hype necessary for the success of the show.

Easy Win For the Masked Singer on Wednesday

Lindsay Lohan Breaks Up with Her Mystery Boyfriend

Who is the Wife of Crown Prince of Saudi Arabia, Mohammad Bin Salman?