home Movies & TV Shows Is Littlefinger The Ultimate Protagonist Of Game Of Thrones?

Is Littlefinger The Ultimate Protagonist Of Game Of Thrones? 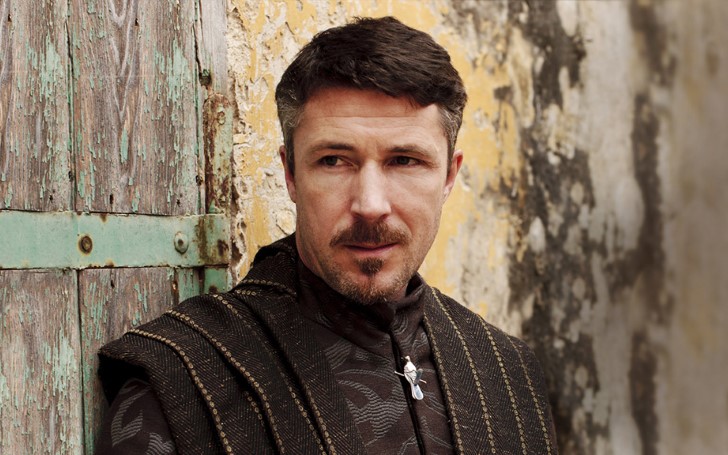 Here's why Littlefinger was never dead and may come back to be the main hero of Game Of Thrones.

The finale of Game of Thrones season 7 saw its long mischievous character, Littlefinger chewing the dust in quite a satisfying fashion (at least for the fans). But according to some theorist, it probably goes as one of the dumbest worst written scenes on the entire series.

Seeing his connection with the story, Lord Baelish’s execution always looked too good to be true.

On the 4th episode of season 7, we saw Littlefinger having a little session with the last true son of the Stark, Bran. In the conversation, we can note Aiden Gillen’s character saying, “To go through all of that and make your home only to find such ‘chaos’ in the world. I can only imagine…..”

Before Baelish finishes his next sentence, we can see, Bran uttering a quote, “Chaos is a Ladder.”

Littlefinger may return as the ultimate hero of Game of Thrones.
Source: i Newspaper

Bran was nowhere near the Kingslanding when Littlefinger had said this infamous quote to Lord Varys back in season 1. Though now that he is the Three-Eyed Raven, it is also completely possible for him to go through each and every corner of Littlefinger’s history. In fact, this ability is also the one through which Bran was able to disclose Baelish’s involvement in the conspiracy to kill Ned Stark.

The next we see Meera Reed entering into the room to bid farewell to Bran. Initially, for the majority of viewers, this was merely a discussion between two characters of the show, but there was always more than that.

Littlefinger is arguably one of the most intuitive characters in the world of George R.R. Martin. Heck, he is a fool not to leave the Winterfell as soon as he heard that line from Brandon Stark.

In the very next episode, Baelish can be seen talking with some random female attendee in one of the corridors of Winterfell. Though we actually can’t hear a word the girl is saying to Littlefinger as all we can see is some murmuring going in the dark. When the screen sheds some lights, it can be noted that Littlefinger is, in fact, talking to no one but just some random lady. Just before she departs, Baelish can be seen giving a coin like an object to the girl. If we gravely slow the scene we can hear that the girl is uttering, “Your Time Is Up” to Littlefinger.

Upon asking about his ancestral blood, Little finger once said that he is indeed from Bravos as he said, “My Great Grand Father is from Bravos, yes.”

The point that this saying states is the connection of Little-finger with Bravos, especially hinting his relation with the Faceless Men, also the ones with whom Arya trained with.

This all plotlines tries to claim the scenario which states that Lord Baelish actually never met his fate. In fact, the one who died in the hall room was the very girl with whom Peter was talking in the dark, only this time the victim had donned the face of Baelish at the time of her death, much like anyone sent from the Faceless men would do.

For what it’s worth Baelish might have already left the Winterfell and headed south anywhere but the Kingslanding. Though the question still arises; whether he actually wanted to be recluse or run away from the Night King’s army or the worst if he departed to work on his next evil agenda? It all remains to be seen until the sixth episode of Game of Thrones season 8. And even, if his death is for real, we simply cannot miss the fact that writers slashed off one of their vexatious characters in the most absurd way.

Some theories also have it that Lord Baelish is, in fact, the much talked about prophecy, the reincarnation of the mythical hero, Azor Ahai. But before you consider it as an utmost diverting theory, do hear it from the George R R Martin himself,

“The protagonist doesn’t have to be a likable or moral or a good guy. He just has to be interesting!”

There are, of course, many breathing characters in the series who fits the description, but almost all of them have already been fixated to other definite motives. Jon is far from being the prophecy as never in a million years will he plunge the sword to his loved one’s heart. Littlefinger may not do it intentionally, but still, as said by Martin, himself the hero can always be an intriguing character.