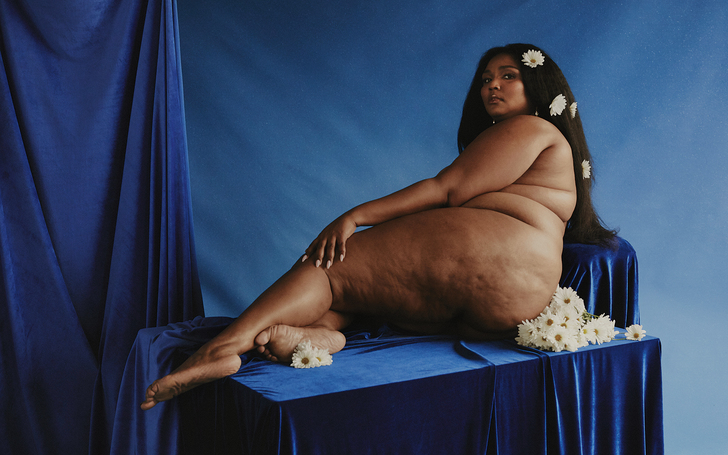 This is definitely the year of the flute playing master, Lizzo.

Earlier this week, the singer and rapper blew away everyone with her 'Truth Hurts' performance at the 2019 Bet Awards. She even made Rihanna stand up from her seat to give her a round of applause.

Not long after the breathtaking performance, Cosmetic brand, Urban Decay announced the 'Juice' singer as one of their ambassadors for their new campaign, 'Pretty Different'.

You may also like: OMG! A Swimsuit By Youswim Fits Up To Five Different Sizes

The 31 years old artist took to Instagram to express her excitement to her two million followers on the photo-sharing platform by sharing a short clip of the campaign's shoot.

In her words, she captioned the post with writing: "BABYS FIRST MAKEUP CAMPAIGN- IM #PRETTYDIFFRENT I LOVE MY WIDE FACE, HIGH CHEEKBONES AND DOUBLE CHIN! IM A BAD BITCH IN MY @URBANDECAYCOSMETICS!!! WHAT MAKES YOU PRETTY DIFFERENT???" followed by hashtag #UDPARTNER.

Lizzo joins the other group member of the campaign including K-pop icon; CL, 'The Perks of Being a Wallflower' actor Ezra Miller, Netflix star Joey King who rose to fame after appearing in the 2018' teen favorite 'The Kissing Booth', and Latin superstar; Karol G.

In one of the campaign's videos shared by UD, the cohorts can be seen in action to flaunt the Urban Decay's products beautifully applied over their faces in matching outfits with the combination of black and pink.

All of these individuals, as called the UD Citizens, will be working together to advocate the motive of Urban Decay to spread the message to love yourself and your own kind of unique beauty.

In addition, the fans of Lizzo who originally goes as Melissa Viviane Jefferson immediately flooded the comment section on the rapper's post to congratulate her.

One of her fans hyped up their Queen by writing: "UD has the best pigment!! And you just made it fabulous."

Whilst another commented: "Yes! Girl!! Do your thang!!!"

A third one added: "Oh my GODDESS I am all about thisssss"