home Entertainment Love Island Fans Are Divided Over Belle Hassan After She Caused Quite A Stir!

Love Island Fans Are Divided Over Belle Hassan After She Caused Quite A Stir! 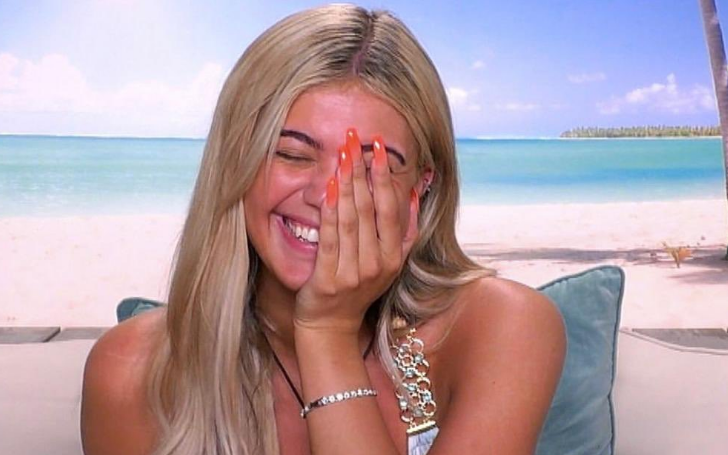 The new format of 'Love Island' is to blame for all this!

According to the new twist, the couples who were already matched were forced to split and asked to join with new members of the show.

Fans don't seem very happy about the recent change in format as it was hard for people to see Amber Gill and Amy Hart leave. It was kind of heartbreaking for the fans to see their most loyal contestants, Amy and Amber, go home.

But that's not the only thing fans seems to upset about, apparently, a new girl on the show, Belle Hassan, managed to piss off people since her first appearance.

The reason: Belle immediately went for Anton Danyluk, and fans think it's her game plan to stick around on the show for longer.

As we all know, Anton is the most sought after contestant of the 2019 edition of the 'Love Island' and people claiming its a game plan seems somewhat unfair for the new girl, Bella, but her decision has stirred a big reaction on fans.

One Twitter user wrote: "I think she’s doing it so she can stay as she is a wannabe and knows Anton is popular. Not genuine at all. All these new ppl want is a pass to the rest of the series."

Ouch, that's harsh!! but sadly, that's not the only comment Bella received on social media. Another Twitter user tweeted, "Bella only wants Anton cause he is a public favorite, she knew that before she went in the villa! 👀 I don’t know why nobody can see this. She just wants the £50k #LoveIsland"

Though the things seem sketchy and Bella herself is to blame for the things got this way, but let's not just jump into conclusion right away. Let's just wait, and find out what she is really up to.

Recommended: Could Love Island’s Joe Garratt Be Returning To The Villa?

Before you go, don't forget to signup for the newsletter for all the latest 'Love Island' updates! Be the first one to know! (wink wink).