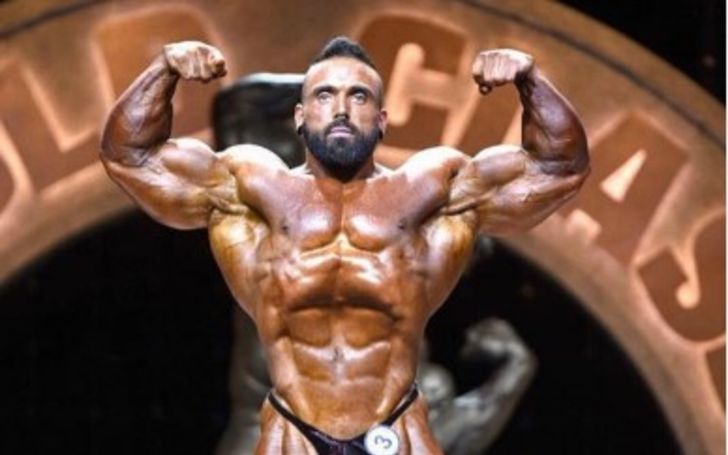 Let's find out how rich was the late bodybuilder Luke Sandoe.

If you guys are obsessed with the habit of keeping yourself fit, then you might surely know the bodybuilder Luke Sandoe who recently passed away on May 7, 2020. He was only thirty but faced the untimely end, which shook the world of his families, friends, and fans.

Sandoe rose to prominence by winning lots of completion in the fitness industry. He was one of the popular and favorite English weightlifters who achieved massive success at a young age. Further, Luke was a great father to his children, which we talked about in the previous article.  In the previous article, we shared about his personal life, family, children, and some facts which articulate how great a guy he was.

Since we've already covered his personal life detail along with some intriguing facts, here we'll be a discussion on the late gym mogul Net Worth, since lots of fans seem to be curious about it. So here we present you an insight on Sandoe earnings and net worth and know-how rich the IFBB champion Luke Sandoe was before his tragic demise.

The British IFBB Pro Bodybuilder Luke Sandoe was a Millionaire

Like most of the celebrities, the exact details of professional bodybuilder and British IFBB Luke Sandoe's income and net worth is out of the media touch. However, Idol Net worth claims Luke was a millionaire who has accumulated a massive net worth of $10 million from various sources.

Click To Know: What Is Tony Jaa Net Worth? Details Of His Salary, House, And Cars!

Now we know Luke was a successful person with massive fanbase and followers; he collaborated with various fitness brands and promoted the products. He used his social media such as Instagram (230k followers), YouTube (17k subs) to promote those products, and with a gigantic fanbase for him to be a millionaire wasn't a shocking thing at all.

As stated earlier, the 'Juggernaut' Luke Sandoe used his fan following and connection to earn his living. He became a professional bodybuilder gaining huge followers who love his workout and followed him in his social media account.

The millionaire Luke has a massive impact in the crowd.
Photo Source: Instagram of Luke Sandoe

Luke then shared his experience with his fans regarding specific products that will be beneficial for their body to achieve a great physique. He has mainly promoted the sports supplement brand REDCON1 on his Instagram via which he collected a good amount of greens.

Further, the fitness coach Sandoe was active on YouTube, where he shared different creative content with his 16.9K subscribers. As we know, many YouTuber has earned a lavishing lifestyle through their effort using that social platform. So, Luke's YouTube channel is also one of the sources of his income.

According to the Social Blade, in good months, the late bodybuilder through his YouTube videos used to generate a decent income of $52, after years of hard work in his YouTube videos it gave a good boost to his million worth fortune.

Recommended: Charles Barkley Net Worth - Find Out How Rich the Former Professional Basketball Player is

If we visit the fitness guru official website, we can see Sandoe was active in coaching people to obtain a better physique. His training session cost began from £60 and ranged up to £600, and seeing his powerful impact in the crowd, we can say that he had loyal customers who were active for his services. Therefore, it also became a relevant source of his income and the reason behind his enormous financial wealth.

For more Net Worth articles and updates on your favorite celebrities, visit Glamour Fame.