home Entertainment What is Madelyn Cline's Net Worth in 2021? Learn About Her Earnings and Salary

What is Madelyn Cline's Net Worth in 2021? Learn About Her Earnings and Salary 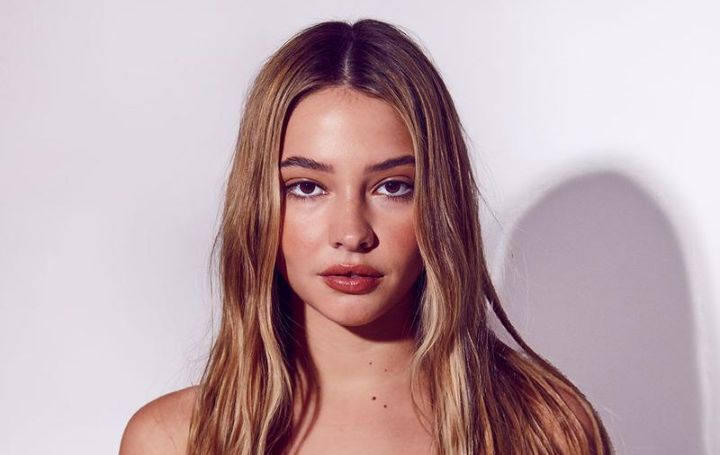 How much does Madelyn Cline earn? Get all related pieces of information here.

Madelyn Cline (born December 21, 1997) is a younger American actress known as Sarah Cameron of the Netflix series Outer Banks. She started her career in 2009 to the present. Before becoming an actress, she was also a model, which she began at 10.

Madelyn was born in Goose Creek, South Carolina, near Charleston, to her father and mother, Mark and Pam Cline. Her full name is Madelyn Renee Cline. Talking about her parents, her father is a water system engineer, and her mother is a real estate agent. She is also currently dating her Outer Banks co-star Chase Stokes.

In the journey of becoming an actress, Cline has faced many problems and had to sacrifice and go against her parents. Like the other stars, she has also done various struggles to make her name in this glamourous industry.

What is the Net Worth of Madelyn Clines?

Madelyn Cline's net worth as of 2021 is estimated to be around $800k. She is the most paid actress in her OBX cast members. The amount of money she earns everything is from her acting career.

Madelyn Cline's net worth as of 2021 is estimated to be around $800k.
Photo Source: Vulture

You must have seen the rising star in various Netflix hit teen drama series, movies, television series, and music videos. In the early days of her career, she didn't get a very long scene but later by as time passed, she started to get the prominent role and the protracted part. Besides her acting, she has also collaborated with various brands like Set Active and Aro Swim, which provide trending clothes for the summer wardrobe.

Madelyn Cline has faced many problems and struggled very badly to raise this fame and name in her career. She went against her parents to become an actress and moved to LA, but after the profession's success, it was worth it. In the present day, her family supports her completely.

The twenty-three-year-old actress began her career with television commercials like T-Mobile and Sunny D. She stepped her foot in the entertainment industry through the movie 23rd Psalm: Redemption. Today she's come a long way in her career. Savannah Sunrise (2016), Boy Erased (2018), This is the Night, What Breaks The Ice?, and Knives Out 2 are some of her upcoming projects.

Check Out: What is Julia Butters' Net Worth in 2021? Learn About Her Earnings and Salary

Moreover, the star has also starred in various television series such as The Jury (2016), Vice Principals (2016-2017), The Orginals (2017), and many more. Including a music video titled Hot Stuff, sang by Kygo featuring Donna Summer.