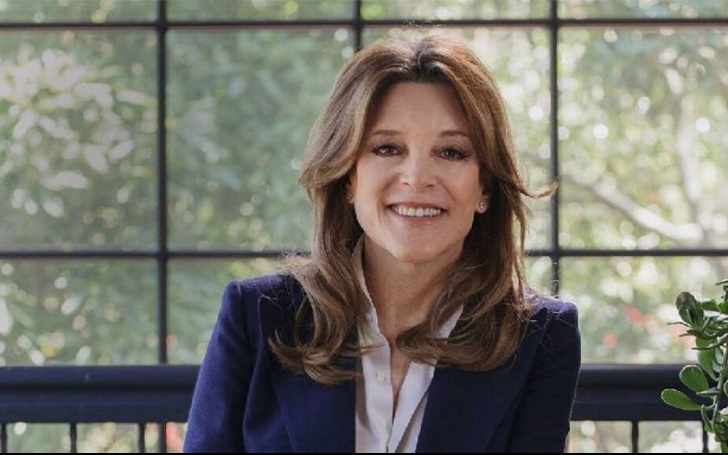 During a heated discussion on CNN Thursday night, Marianne Williamson felt she and her career was attacked by host Anderson Cooper.

Democratic Presidential candidate Marianne Williamson was trying to clear herself for her controversial comments on mental health issues and anti-depressants in the past.

Those attempts were working out, her claims on clinical depression and vaccinations were beginning to be re-evaluated, especially after positive reviews in the second round of Democratic presidential debates this week. But anchor Anderson Cooper showered Williamson with exhausting inquiries on her stance for past comments. The discussion went on for 16 minutes, and at one point Williamson got agitated and accused Cooper of 'casting aspersions' on her career and personality.

The CNN anchor started off on Williamson with her remarks on doctors prescribing anti-depressants and her claims that anti-depressants would numb people. He pondered if telling such a thing to 'seriously depressed' people is a good sign since not all drugs necessarily numb them.

The social activist tried to fight back, claiming that her message was misunderstood and she was trying to say that people sometimes attempt to shield themselves from pain by using anti-depressants. However, Cooper pointed out that one in ten Americans are on anti-depressants, and most of them are trying just to feel again.

There is value sometimes in feeling the sadness, feeling that dark night of the soul… We have lost our sense that there are times when sadness is part of life.

Currently single, Williamson then went on to quote poet Rainer Maria and eventually conceded on her 'scam' remark saying that she was wrong to say that and it was a 'glib comment'. Cooper, whose mother passed away a month-and-a-half ago, further dug the moment of her suggestion that anti-depressants were the cause of Robin Williams’ death by suicide.

Cooper brought up the article she cited at the moment of Williams' passing that was cited by the Church of Scientology which doesn't believe in psychiatry. Williamson believed that a 'spiritual person' is just as capable as a medical expert to talk about depression. Cooper fired at her after the remark,

The Church of Scientology— would you want them to be head of CDC if you were president?

Williamson recurrently fell back to her inadequate explanations for her past remarks and consequently grew disconcerting. This was the moment she blamed Cooper of casting aspersions on her character.

The lengthy discussion came to an end with Williamson expressing her intention of comments about depression to not be for those who are suicidal, but for people feeling depressed just because the world is depressed. Cooper then snapped out,

Clinically depressed people aren’t depressed because the world is depressing. They have a chemical imbalance.

Williamson was disappointed at not being given enough time to answer all of Cooper's questions, after talking about 'yoga' and 'nutrition', and the interview concluded.