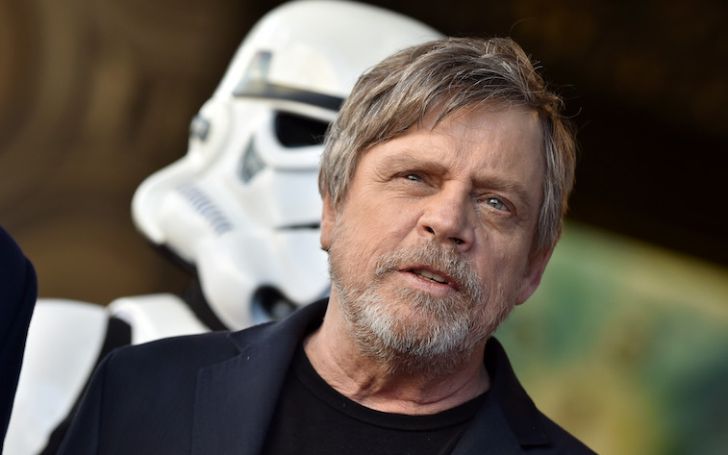 Let's get some insight related to plastic surgery of the Star Wars star Mark Hamill.

Born on September 25, 1951, in Oakland, California, U.S. Mark Richard Hamill became one of the most well-to-do actors in the entertainment industry. He rose to prominence from his role Luke Skywalker in the record-breaking movie, Star Wars. His work in the film was appreciated by the viewers, which opened the gate to a bright future.

Except for Hamill work in Star Wars he is quite popular as a voice actor for popular video games and animations, including Justice League Action (as Joker), Lego Star Wars: The Force Awakens (as Luke Skywalker), The Avengers: Earth's Mightiest Heroes (as Klaw), and many more.

However, Hamill is not only famous for his professional success; he caught a lot of attention from his plastic surgery, which was performed due to his car accident. The car crash occurred on January 11, 1977, that end up fracturing his nose and left cheekbone. Let's find more about the mishap and the plastic surgery about Mark Hamill.

The 68-years-old actor Mark Hamill went under the knife, but it is still unclear that the story is true or not. We mean a lot of media say that during the car accident, his face was severely injured, his nose and cheekbone were broken, due to which Hamill's nose was rebuild by taking out the cartilage of his ear.

Still, some claims though the car crash occurred, the superstar Hamill wasn't wounded to that extent he needed to reconstruct his face with plastic surgery. He only got a broken nose, which didn't require a high level of treatment.

As the accident took place four months before Hamill's career rose to fame from his work in the sci-fi movie Star Wars, there are no exact details regarding the incident consequences. At that time, he was still an unknown actor to the mass. However, things eventually exaggerated after the release of the film Star Wars: A New Hope on May 25, 1977.

You guys might be pretty anxious to know what caused the iconic star Mark Hamill car accident. So, let us break it down to you guys.

As per Fabiosa, the incident went down when Hamill became distracted while driving his BMW on a freeway. When he was going too fast, he missed his off-ramp, and as he tried to negotiate the situation, he lost his control ending his ride to tumbled over and over again, which made it flew away in the road.

Later on, the mishap messed up his face because of which he couldn't attend a couple of shots in the Star Wars: A New Hope. Luckily, the scene didn't require Hamill's face and was recorded by director George Lucas with the help of a duplicate.

Consequences of Hamill from Mishap and Nose Job

Mark went through a nose job after his car crash.
Photo Source: Pinterest

Even though Mark Hamill's facial injuries from car crash didn't affect the production of the Star Wars: A New Hope, it might precipitate writers to make some changes in the movie sequel The Empire Strikes Back.

Recommended: American singer and actor John Travolta Went Under The Knife; Before and After Pictures

As the opening scene of the second continuation of Star Wars began from Hamill's face being distorted by the claws of a Wampa in the film. That small clip made things fuzzier, making people think about whether it was created because of the accident or it was put there without concerning Hamill mishap and plastic surgery.

Like the plastic surgery story of the star Hamill, the real truth behind the Wampa scene becomes hazier. On the one hand, director Lucas says, even though the snow monster part helped to justify Mark's new look after the surgery, it wasn't build up in the movie because of his car crash. On the other hand, actress Carrie Fisher who portrayed the role of Princess Leia on the film mentioned, that filmmakers totally adjusted the film to match with the different looks Hamill got from the nose job.

Click To Read: Did Julianne Hough Get Plastic Surgery?

What is the actual reason it hasn't solved, until today and we think both of the stories of the plastic surgery and Wampa scene will not be revealed any time soon, as Hamill doesn't speak too much about those incidents in public?