home Beauty Did Mark McGrath Get Plastic Surgery? Get All the Details of His Cosmetic Enhancements

Did Mark McGrath Get Plastic Surgery? Get All the Details of His Cosmetic Enhancements 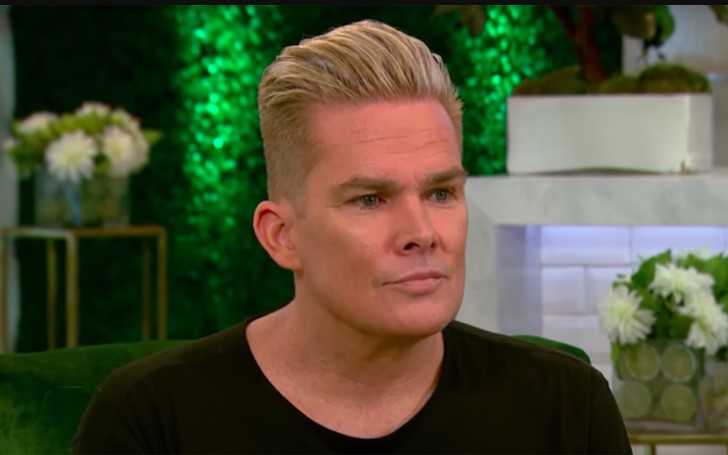 Let's find out if Mark McGrath had any plastic surgery in the past.

We hope you remember Mark McGrath, yes, he was the lead singer of pop rock band, 'Sugar Ray.' His former band is responsible for many of our 90's anthems. However, the band went their separate ways in 2005.

Following the split, the singer married his longtime girlfriend, Carin Kingsland, in 2012. The couple is now blessed with twins Lydon Edward and Hartley Grace. Since he is not a member of any band, the former lead of Sugar Ray is a TV personality now.

The 52-year-old has made numerous appearances on TV on shows like 'Celebrity Big Brother,' 'The Office,' 'The Neighbours,' and more. What's surprising is, the singer turned 52 this March and hasn't aged a bit. His face looks still the same, if not, younger.

So, did Mark opted for plastic surgery or he is blessed with good genes? Well, according to Mark, it's the latter one, as he denied all the claims of him having plastic surgery. But since we are here already, we will compare some of the old pictures of Mark with his recent ones, and try to find out if he is lying or telling the truth.

While people are convinced he did get a plastic surgery, the 52-year-old singer denied of going through the procedures. But we gotta do what we gotta do. So, here are some of the comparison pictures.

Filler Injection May Be

On Left: Before, On Right: After
As you can see it for yourself, Mark looked more youthful in his recent picture.

After the split with his band, Mark McGrath lost his flame and went out of sight. However, the singer got his big break when he was called for the 'Celebrity Big Brother.' But when he showed up as a contestant, people were shocked as he looked the same as he was some 10 years ago.

You May Also Like: Park Min Young Plastic Surgery - The Complete Details

So, we though, may be he had some filler injection. As you can see from the comparison pictures, the singer looked more groomed and younger. Though there a few aging lines here and there, but no way he looks in his early 50s.

The Singer May Have Corrected His Nose Too

So, people think the singer's nose look more defined than his younger self. It's trimmer as his nostrils used to be wide. And also the his nose bridge looks longer, making his nose pointed and narrower than before. In short, his nose looks better than before.

Cheeks and Chin Have Changed

As we were observing closely the two comparison pictures, his cheeks and chin have changed. Chin looks muscular, while cheeks look fuller and the dimples are more prominent.

Some fans also claim his face looks stiff and unnatural, all because of the plastic surgery. However, we think he looks perfectly fine.

What Mark McGrath Said About His Plastic Surgery

Back in 2018, the singer and 'Celebrity Big Brother' contestant addressed all the allegations and said he did not any plastic surgery. On March 8, 2018, the singer took to his Twitter account to hit back at the rumors.

On his social account, Mark Wrote, "Silly I have to respond to ridiculous plastic surgery rumors, but here goes...I have NEVER had any plastic surgery done, I’m just naturally beautiful [Face with tears of joy] [Winking face with tongue] Funny to hear these so called experts insist I have...back to the real world (btw if that’s your thing, not judging, do you)"

Well, there you have it, Mark said no. But we know he did something to his face, at least once. What do you guys think?

You May Also Like: Did LaLa Anthony Opt For Plastic Surgery? Her Comparison Pictures Say So