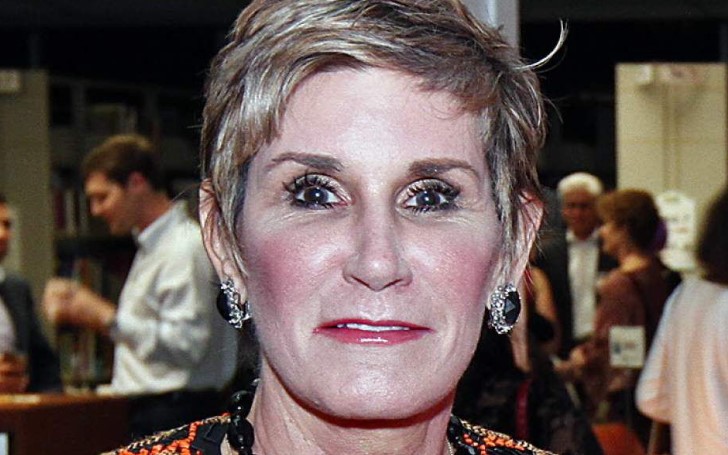 Mary Matalin is the wife of Chester James Carville Jr., otherwise known as James Carville. James is an American political commentator, media personality, and lawyer. However, Mary doesn't need to be associated with her husband when it comes to the introduction.

Mary Matalin has her own identity and stands equal with her husband. She is an American political consultant and is well understood by the people for working with the Republican Party. There are some interesting facts about the personality you should know.

Mary, later, enrolled for a law degree at Hofstra University School of Law but dropped out of college after one year. However, dropping out of college did not stop her from running her first campaign for Illinois Lieutenant Governor Dave O'Neal, who was running for the U.S. Senate in 1980.

After O'Neal's campaign, Mary Matalin began her journey of politics with the Republican National Committee and served for more than two decades as a key Republican strategist. Following this, Matalin went to continue her law degree and joined the RNC in 1984.

All those years of serving for the Republican Committee did not gain her attention as much she did after Mary joined George H. W. Bush's 1988 presidential campaign, and continued serving as both Deputy Political Director and Midwest Regional Political Director.

Mary Matalin is married to her husband, James Carville. The couple tied the knots on November 25, 1993.
Source: Washington Examiner

Mary Matalin and her husband, James Carville, since come from the same background on their career, the couple was matched by friends and families. The two found instant connection and decided to tie the knots. The couple walked down the aisle on November 25, 1993, in New Orleans.

You May Also Like: Rush Limbaugh Weight Loss — Details of His Diet Story

The two share a very understanding relationship and know their boundaries when it comes to what to talk at home. The couple shared they never talk about their work or politics while at home and believe that's the main reason for their healthy marriage life.

Mary Matalin is blessed with two daughters, Matalin Mary Carville, and Emerson Normand Carville, with her husband, James Carville. The couple is polar opposite as Mary is fierce conservative, and James is a rebellious liberal; however, the two have maintained a civil environment at home, maybe that's the reason two decided to not talk about work at all, and of course, two daughters play a significant role two make a common ground for the pairs.

Mary, along with her husband and two daughters, now lives in Virginia, in their new double-width townhouse on the river, because their old house, which was just a few blocks apart, was too small for the family.  Mary said, "Nobody tells you that kids expand geometrically. They spread out like Silly Putty. We lead hectic lives, and looking at the water is so soothing."

Mary Matalin's net worth is estimated to be $5 million.
Source: Washington Examiner

As we mentioned earlier, Mary Matalin has worked many years in different political campaigns. She served under President Ronald Reagan, was campaign director for George W. Bush, and many more, the list just goes on.

It's obvious, Mary, who is working as a political consultant, owns a huge fortune, which is all because of her hard work. According to reports obtained, Mary Matalin has a net worth of $5 million; that's not including or merging her husband's wealth.