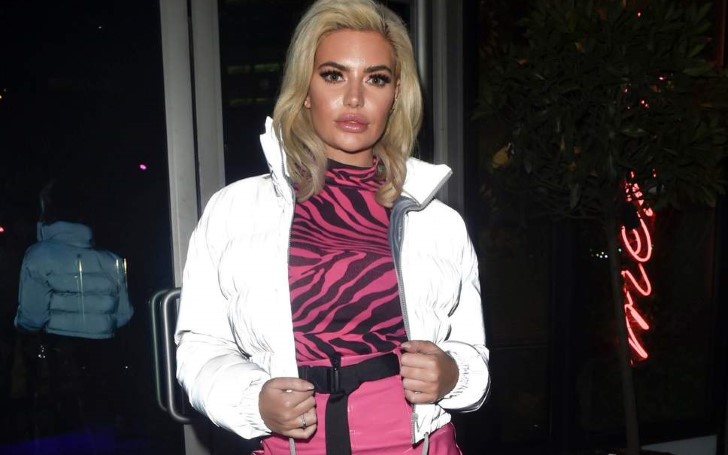 Reality star Megan Barton-Hanson didn't hold back as she provides a savage response when asked about Wes Nelson.

If there's that one thing we've learned about Megan Barton-Hanson in recent months, it's that she doesn't hold back when it comes to speaking her mind.

A fan recently asked Megan if there's any likelihood of getting back with her ex who happens to be fellow Love Island star, Wes Nelson to which she provided a savage response. 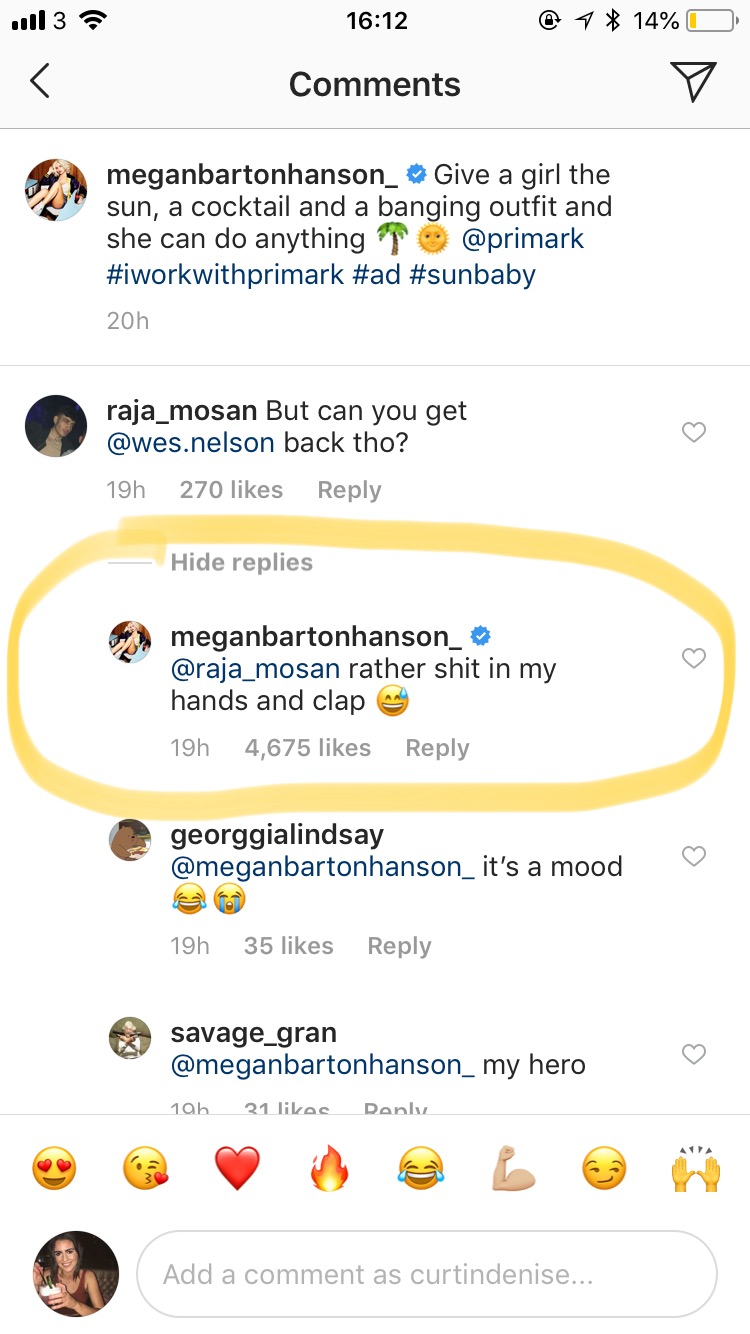 The 25-years-old star wrote a captivating post with the caption: "Give a girl the sun, a cocktail, and a banging outfit and she can do anything". 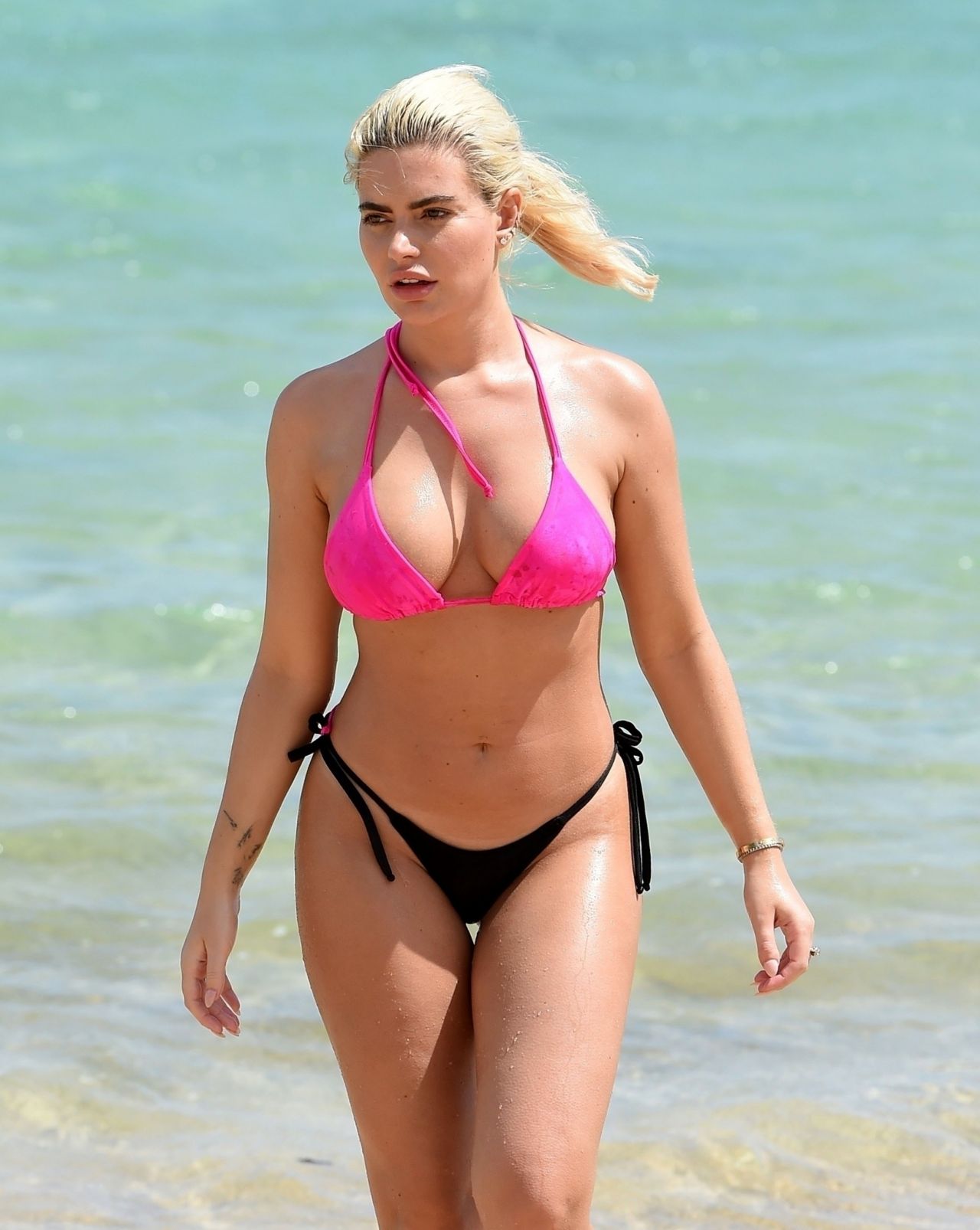 Down in the comments section, an Instagram user 'raja_mosan' asked:

"But can you get @wes.nelson back tho?"

Megan replied with some gross words:

"Rather shit in my hands and clap!"

Interestingly, there were also rumors of Megan duping Wes Nelson after their sex life lost it sparks. Eventually, Megan and Nelson split back in January after six months of their relationship.

Quite clearly it wasn't meant to be For Megan and Wes and their relationship came to a crumbling end when Wes took part in Dancing On Ice. The 21-year-old noted the competition as the beginning of the end as it caused several problems between himself and Megan due to jealousy and a busy schedule.