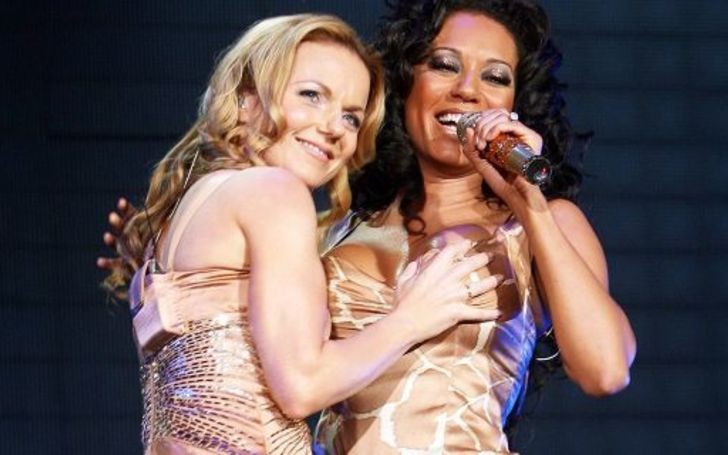 The Wannabe singer, Mel 'Scary Spice' B, and fellow Spice Girl Geri Halliwell were not only real-life friends but also lovers. Mel revealed her secretive intimacy with Geri during an interview with Piers Morgan on Sunday.

YouTube: A Quick Look at Mel B and Geri Halliwell

Piers, who is currently opting for his upcoming Life Stories series, while interviewing the British singer, found out about the lesbian fling she had with fellow bandmate, reports Dailymail.

Following the interview, the Mail columnist, Piers Morgan took to Twitter to tease the Spice Girls. Check out his tweet!

My new Life Stories series making spicy front page news, weeks before it even starts airing. This was a 🔥🔥🔥🔥interview... thanks ⁦@OfficialMelB⁩. pic.twitter.com/aQprB8YqG7

Former America's Got Talent host was always public about her relationships with the same sex, but this time around, she publicly announced about her hook up with a Spice Girl. But, don't fret on it, it was just a one-time thing!

"It just happens one time, you talk about it and it doesn't really happen again."

While Morgan was continuously persuading Brown, who is continuing her campaign to help women in abusive relationships, to know about what really happened, she revealed that she and Geri had slept "like that" though she had also slept in the same bed with other bandmates.

"Yeah, we all slept in a bed together but not 'like that' all of us."

Following the revelation, Mel B joked Geri Horner, who married Christian Horner, would be upset about the confession.

"Hopefully, when Geri gets asked that, which hopefully she will after this, she won't deny it. Because it was just a fun thing."

The lady continued to joke,

"She's going to hate me for this because she's all posh in her country house and her husband. But it's a fact. It just happened and we just giggled at it and that was it."

While Piers was still asking whether the fling kept on for a while and if they were in love, Mel was just happy to announce that the two "were best friends and it just happened."

Have a Look At: Mel B was 'Uncomfortable' Watching Lady Gaga and Bradley Cooper's Intimate Oscar Duet

During the interview, there were also talks about the exclusion of this specific topic from Brown's memoir, Brutally Honest. The former partner of Eddie Murphy simply said that the book was not about this!

"I'm an honest person. I didn't put it in my book because that wasn't what my book was about. It was brutally honest in a different way."

Geri Halliwell Horner, till now, hasn't said anything on this matter whatsoever.

One of their bandmates, Melanie Chisholm was also in the audiences; when asked, denied knowing anything about this fling!

The Spice Girls, except Victoria Beckham, are set to have a reunion tour just two months after! So, fingers crossed, nothing jeopardizes this!