home Movies & TV Shows Michael Angarano Sky High Performance Was Much Lauded By The Fans But What Other Roles Has The Actor Starred In?

Michael Angarano Sky High Performance Was Much Lauded By The Fans But What Other Roles Has The Actor Starred In? 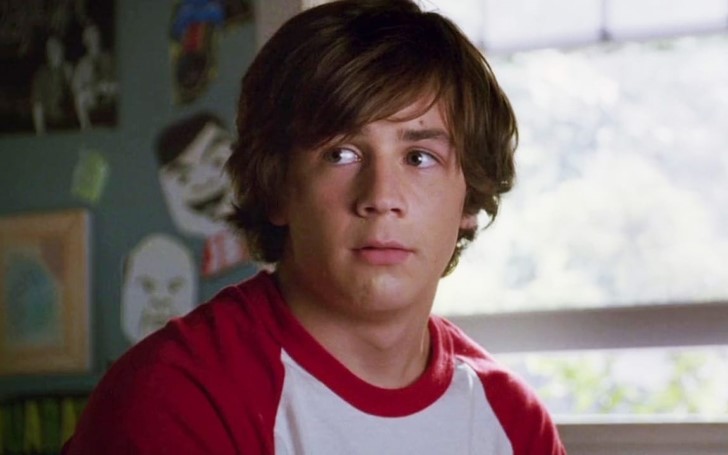 Many people get a chance of getting a taste of fame in their life but very few do so at a very young age. Michael Angarano is just one of those people who climbed the ladder of fame at a really tender age, 11 to be precise. The widely acclaimed American actor has contributed his acting talents to a variety of movies.

Although Michael Angarano portrayed a lot of roles before the real breakthrough came in his career when he was cast in the movie Sky High back in 2005. Michael Angarano Sky High performance just took the world by storm and his name became quite a mainstream one in the Hollywood hall of fame.

Angarano portrayed a huge array of characters through the stretch of his extended career length as an actor framing cinematic history along the way. Some of his major contributions to the acting industry are as follows:

Michael Angarano career commenced back in 1996 in movies like 'Childhood's End' and 'I'm Not Rappaport' where he played the role of '1st Boy' and '3-year-old Cowboy' respectively. In 1997 he came through with his role of 'Sammy Yoder' in the movie For 'Richer or Poorer'.

In the frame of the following two years, he went on to depict several roles in the movies like 'River Red', 'Music of the Heart' and 'Baby Huey's Great Easter Adventure'. As the year 2000 hit, the wonder years for Michael's career began exploring new heights with movies like 'Almost Famous' and 'The Brainiacs.com.'

The years leading to 2005 were quite fruitful for the actor career wise as he got to make his presence known in the acting scene through the characters in the movies including 'Little Secrets', 'The New Kid', 'Seabiscuit'. In the year 2004, he acted in movies like 'The Dust Factory' and 'Speak.'

2005 was seen as quite a turning point in the professional aspect of Michael Angarano's life as one of the first highlights of his career 'Sky High' came through the very same year. Giving utter justice to the lead character 'Will Stronghold' he rose to instant fame through the role. However, his movies like 'Dear Wendy' and 'Lords' of Dogtown failed to make it to the cut as they couldn't meet the benchmark set by Sky High. 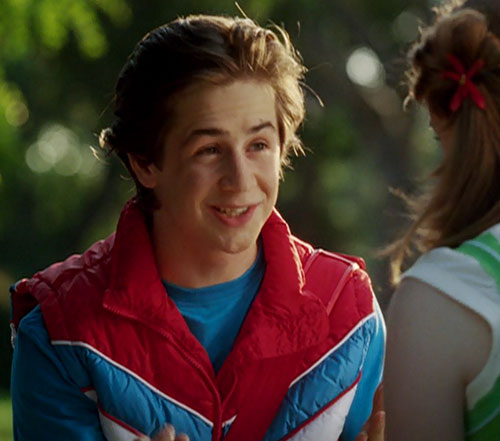 Michael was the lead in Sky High.
SOURCE: Writeups.org

Till 2010 the actor's career remained quite steady as he starred in movies like 'One Last Thing', 'The Bondage', 'The Final Season', 'Man in the Chair', 'The Forbidden Kingdom', 'Gentlemen Broncos' and 'Ceremony'. 'The Art of Getting By', 'Red State', 'Haywire' and 'The Brass Teapot' came as his major achievement until the year 2012.

Talking about his rather contemporary endeavors in the Hollywood industry that started taking hold with the start of 2013 and his roles in the movie like 'The English Teacher', 'The End of Love' and 'Empire State.' To add up, movies like 'Wild Card' and 'The Stanford Prison Experiment', 'Avenues' and 'Sun Dogs' kept him busy through to the year of 2017.

His most movie came made its way to the public in 2018 and was titled 'In a Relationship'.

Michael Angarano also has maintained a top-notch status in the world of TV with his astounding flair when it concerns the art of acting.

Although the Sky High star gave cameos in multiple TV series, he gave his first recurring contribution to Cover Me: Based on the True Life of an FBI Family in 2000 and continued for 24 Episodes of the show and left in 2001.

You may also like: What Is Keanu Reeves Net Worth? Learn The Details Of The Hollywood Star's Cars, House, Salary, Earnings!

The actor is a prominent part of the show titled Will & Grace which aired from 2001 till 2006 and made a comeback in 2017 and is still running since then.

The series that aired from 2014 till 2015, The Knick also hosted his prolific acting talents. Furthermore, he is also a part of This Is Us which saw Michael's recurring role in Season 3.